The archive fsxgarc2.zip has 8 files and directories contained within it.

For quite some time, I had grown a bit tired of FSX; the reason being that I had got quite used to using the brilliant GA-Traffic for flight simulators, and not having access to it when I was using FSX was killing me! This really was one of my favorite mods in the past and when it finally got a release for FSX I literally jumped up and punched the air! As the world’s first – and only – general aviation traffic generator, this makes the entire world around you feel so much more impressive. It generates some typical traffic for every airport that is on the planet, giving you absolute control over the way that the world around you works.

For something that is such an important part of being a pilot – managing and dealing with other aircraft – this was such a huge introduction for me. It made such a massive difference to my own perspective and beliefs about how a simulator should look, and with the help of the automatic detection of all installed aircraft and airports this manages to populate them and make the whole world feel generally a bit more realistic than it did in the past, which can only be a good thing!

The auto detection works excellent for making sure that the busiest airports can stay possible to fly into and make sure that you do not get stuck in a large lag spike, thanks to the algorithm that is being used in the background to power the system. This really makes it easy for you to get around and enjoy the better atmosphere and life in the world, without having to suffer from a performance dip – for me, this was win/win.

The airport selection process works expertly, too, by managing to pick up the right aircraft for the right place. For example, you only spot an amphibian aircraft near a seaport and this makes it feel a lot more appropriate, as well.

Now, various other additions have been such as livery selection so that everything looks as it should and ensures the airport looks as realistic as possible. Additionally, the ‘Make AI’ feature that was included is absolutely brilliant for reducing the overall loading requirements. To do this, it reduces the texture size of all add-ons when flying, ensuring that performance will not be affected as much and also ensuring that the airport can continue to look great without causing an overall slowdown across the planet.

To deal with this and give yourself a better chance of getting aviation going that feels realistic and truly enjoyable, you should really consider picking up this package. I was massively impressed with it and, having used it in the past, had a really level of expectation heading in. It was very simple to get working and also to make sure that I was using it properly, giving me a wide range of control over the world that was around me whilst also making a big difference to the overall look and feel the aircraft and their behavior throughout the world. 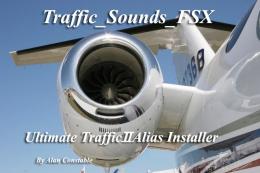 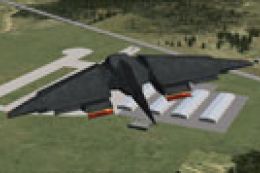 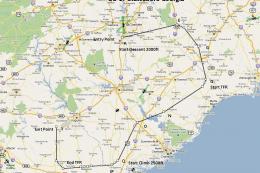 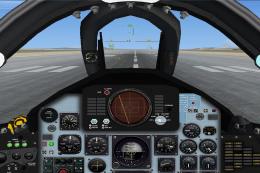 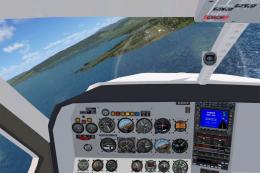 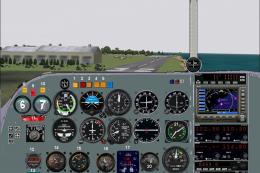 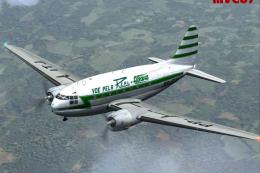 Tried and tried to get it to work, but every time I try to generate flight plan, it crashes, and I get the message that the program is not responding, and it closes. When i try to make a plane an AI plane, it crashes. I tried for a full day with many different settings, it always crashes.

Hi there. Not to sure where to start. I have been looking for a program for A.I air craft that suits my need's for quite some time. i have found a couple including this one that seem's perfect .I only fly ultralights and single engine planes out of small airports. Most of the time i fly i fly aerobatics and land at the same airport i took off from. i don't care about large pasenger planes as A.I planes. his program seems perfect. The problem is i can't get it to work. Without a manual it's very hard to tell what im doing wrong.

I'll go through my process . PLANES page. i have de-selected all the planes i don't want to use. they now have a ? instead of a tick, the planes i wish to use have a tick. Do i have to make A.I planes to see them? I have made a couple but it doesn't seem to change my situation. what is probability? should i change it? what is money per week for ?

AIRPORTS page. unchecked use on world setting and applied. Then went to Victoria , checked USE and applied i then created a flight plan and opened flight sim X. It said it was generating new scenery files and i assumed it had worked but i got nothing. I have also individually checked and applied every airport in Victoria still nothing.

COLLECT DATA page. I then went back in made sure my planes and airports were checked and applied and went to collect data. The AFCAD files path is C:Program Files (x86)Microsoft GamesMicrosoft Flight Simulator XAddon Scenery is this correct? I then hit the collect airports button and created a flight plan. opened FSX it once again told me it was building new scenery files but again nothing.

FLIGHTPLAN GENERATION page. i have done nothing on this page. I don't really understand what its for i have left all flight time's as they were. i did change night flight percentage to 0 and applied . I then checked all other pages were as i wanted and created a new flightplan, opened FSX it told me it was generating new scenery files and you guessed it nothing.

i have tried maybe 6 or 7 times, i'm not sure where the BGL files are going or if they are interfering with each other and i'm afraid i have made a mess.

I know this is a lot of info but i really want this program to work. If there is any advice or things i should try i would be more than great full. Hope to hear back soon.

Thanks for your time and sorry this was so long winded.

Can you please tell me who i can contact for assistance on installing FSX GA Traffic. Is there a manual for this program other then the one for FS-9 written early on in its development stage. Thank you for your help, ART

oldsamerTue, 26 Jun 2007 15:56:03 GMT
Installed it on FSX sp1, semmms to do what I want it to. Program interface isn't for dummies, just experiment till it does what you want. italics are oldsamer's anotation to parts of the FSX_GA_Traffic readme This is the second Release Candidate of FSX GA-Traffic. The version is not compatible with GA-Traffic for FS9 or the previous BETA version! It only works withs FSX. (and FSX sp1) To install just extract the ZIP to a temporary folder and start the setup.exe. (Did my winXp extract after D/L ?, I didn't have to do this, it was "extracted" within the zip folder I downloaded) I recommend a max traffic generation setting of 50% or less. If you have special AI optimized planes and a high end computer you could try 70%, but more will you give so much traffic that it is difficult or impossible to send a communication message. (My airline traffic is 0% & general aviation is 100% without problems) IMPORTANT: All traffic generated with FSX GA-Traffic will be shown in FSX, regardless of the slider settings in FSX! So please don't generate more traffic than your computer can handle! (havn't so far) New Features: I added a new feature, which allows to select or deselect whole countries in the Airports Tab. To use this feature I recommend to first select "World" and then remove "Use" and press apply. This will deselect ALL countries. After that go to the countries you want and select the "Use" for the country you want, press apply and select the next country. After finishing that the "Generate Flightplan" will only generate Flightplans for the selected countries. To select all countries again, just select "Use" at "World". (I did that, then only selected to use Texas. Then un-selected with (?) all aircraft except yellow cubs. and use only small fields by student pilots. also setup GA to use max ramp parking spaces.) note: ya gotta "generate flightplan" before starting FSX !! Now TEXAS is populated by 100s of yellow cubs flying touch and gos... YA