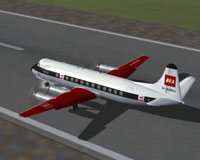 Screenshot of BEA Viscount 802 on runway.

The archive vc8beohj.zip has 19 files and directories contained within it.