How to Install Add-on Aircraft in FSX: Steam Edition

Adding aircraft to Microsoft Flight Simulator has been a popular way of enhancing the simulation experience for many years. With the introduction of FSX: Steam Edition, a new generation of flight simmers has this wonderful opportunity.

We have also created a video that shows the same procedures in video format for ease of use.  It saves you reading pages of text and you can pause/play the video when needed: Jump straight to the video here.

For each installation method, you need to know where to put your new aircraft files. FSX Steam’s aircraft files are kept in a dedicated folder within the FSX Steam program files. FSX Steam usually installs to the same place on most computers because of how Windows works. That is the Program Files (x86) folder. FSX: Steam Edition will be there unless you chose a different location when you installed it.

The path shown in the top line of your Windows Explorer is your destination to FSX Steam. It results from the folders you double clicked. Use the Airplanes folder to add airplanes and the Rotorcraft folder to add helicopters. 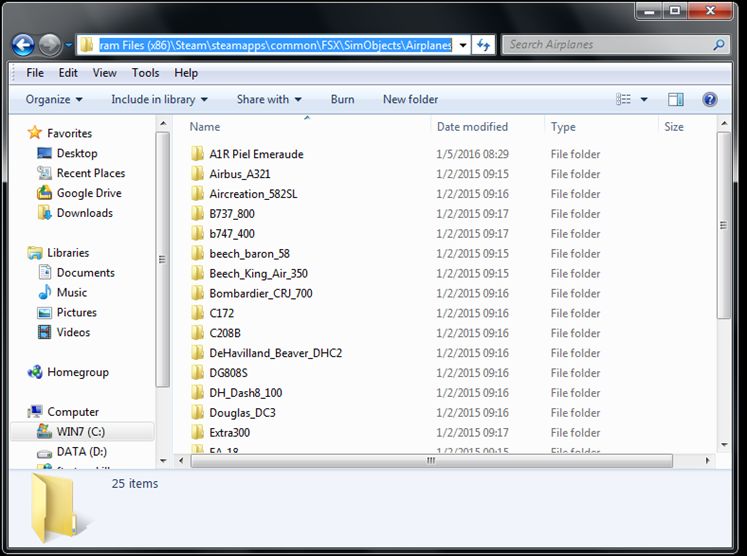 Adding freeware aircraft from a downloaded file with base model included is a multistep process.

Choose and download an addon aircraft from Fly Away Simulation. 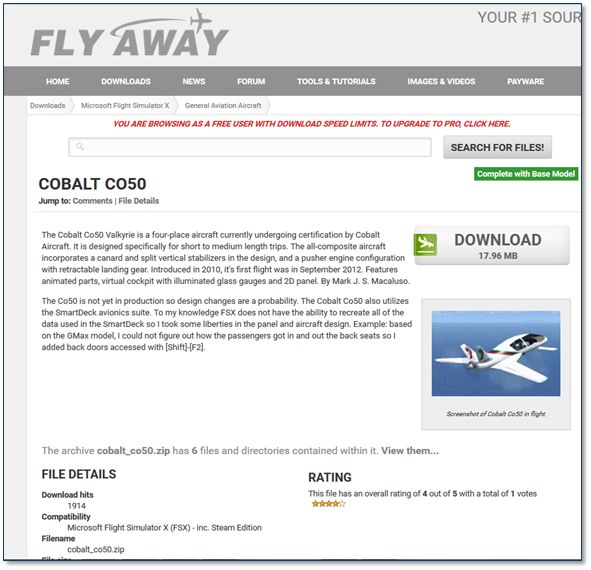 Open your newly downloaded file. If you don’t see it on your Windows desktop, use Windows Explorer to look for your file in your Downloads folder.

You will see all the folders and files the developer included for using his add-on aircraft. Most developers provide a text file with instructions. Open that text file and do what it tells you to do. If no instruction file is included, extract the entire aircraft set with all its folders and files to the FSX Steam file path that was identified previously. 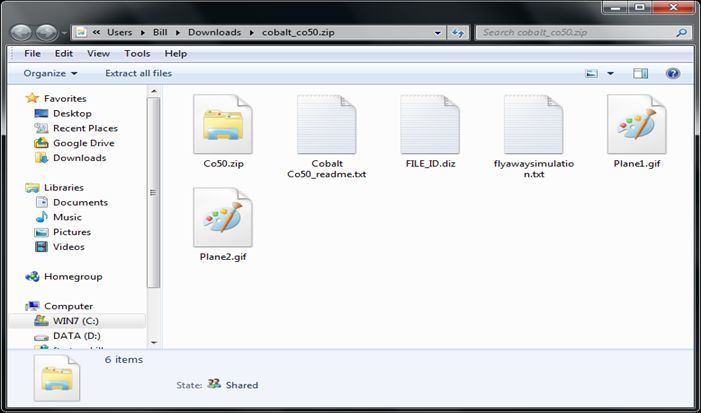 Look inside the FSX Steam Airplanes or Rotorcraft folder for the aircraft you added. If your new aircraft is not in that folder, redo the extraction procedure, making sure you used the correct FSX Steam destination path. 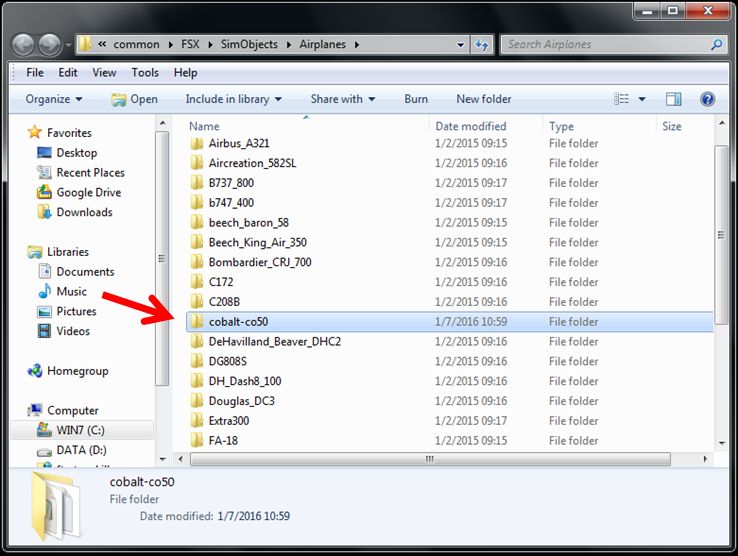 Then look inside your new aircraft’s folder for its folders and files. They should be the same folders and files that are inside the archive file you downloaded from Fly Away Simulation. If they are not all there, redo the extraction procedure, making sure you extract all the needed files. 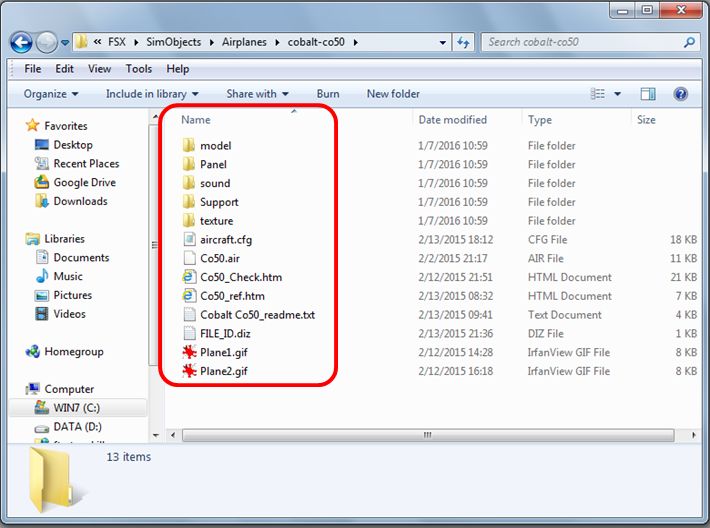 Open your FSX Steam. Look through the list of available aircraft. Your newly added aircraft should be among those aircraft. Click on your new aircraft to select it, then click on the OK button in the lower right. 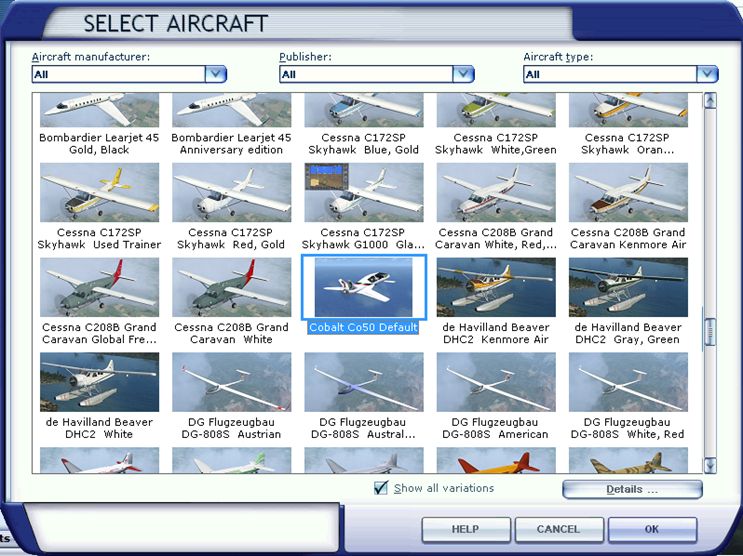 If you saw your add-on aircraft in the Airplanes or Rotorcraft folders but you don’t see your aircraft among the FSX Steam collection, look under the manufacturer, publisher and aircraft-type categories. Some third-party developers don’t categorize their aircraft accurately. 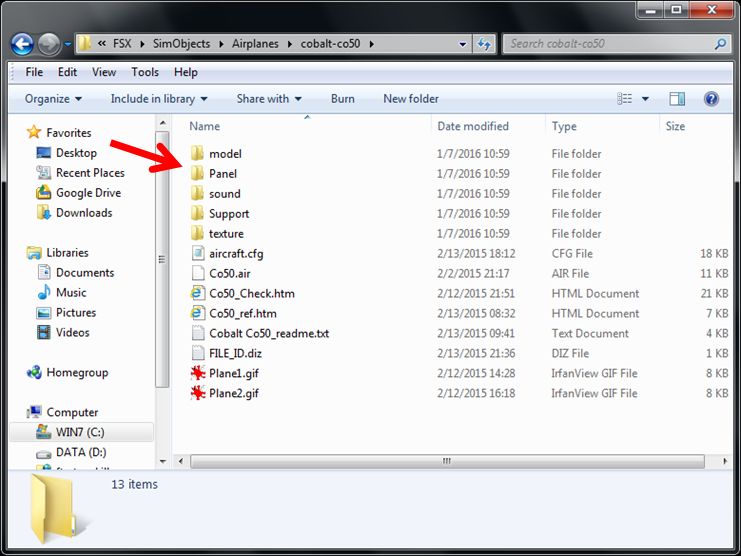 Open the panel configuration file. It’s a standard text file that opens with ordinary text programs such as Windows Notepad. 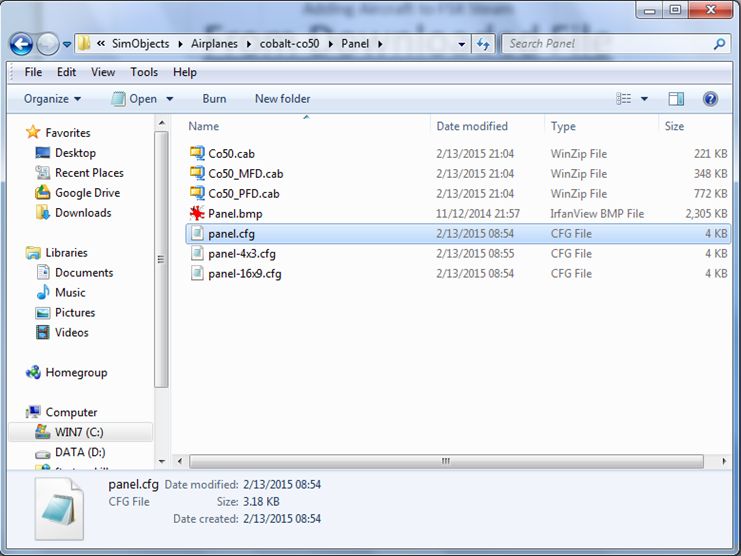 The panel configuration file should show lines of code for FSX Steam to follow. 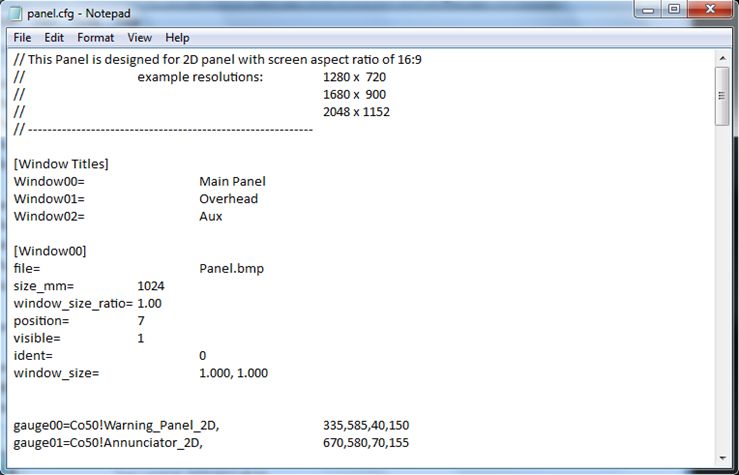 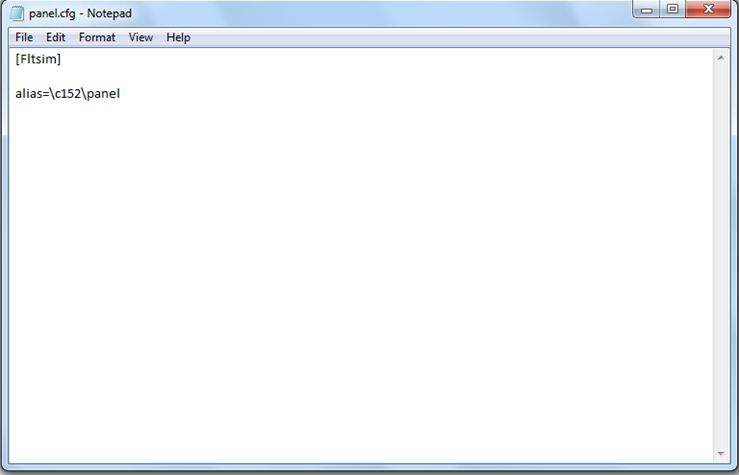 If the panel configuration file references a panel that Steam cannot find, the aircraft will not be displayed. Revise the code to reference an aircraft you have, or ask the developer of your add-on aircraft for the needed panel code.

Select and download a repaint package from Fly Away Simulation. 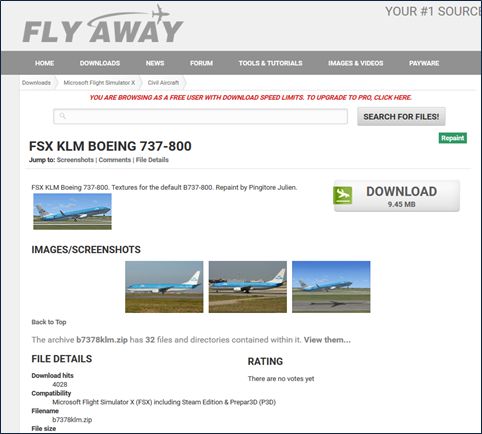 Extract all the new texture folders to the specific FSX Steam aircraft for your repaints. This example is a repaint for the stock Boeing 747. Some developers add one texture, and some add several textures. This developer made four texture sets. 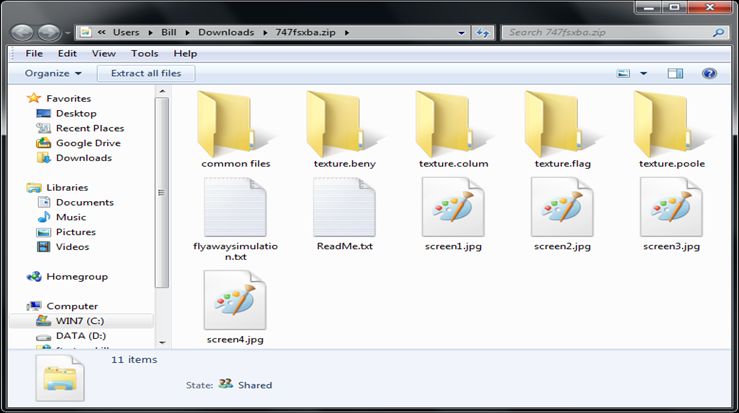 Go to the respective aircraft folder in your FSX Steam (Airplanes or Rotorcraft) and verify that the new texture folders have been added. 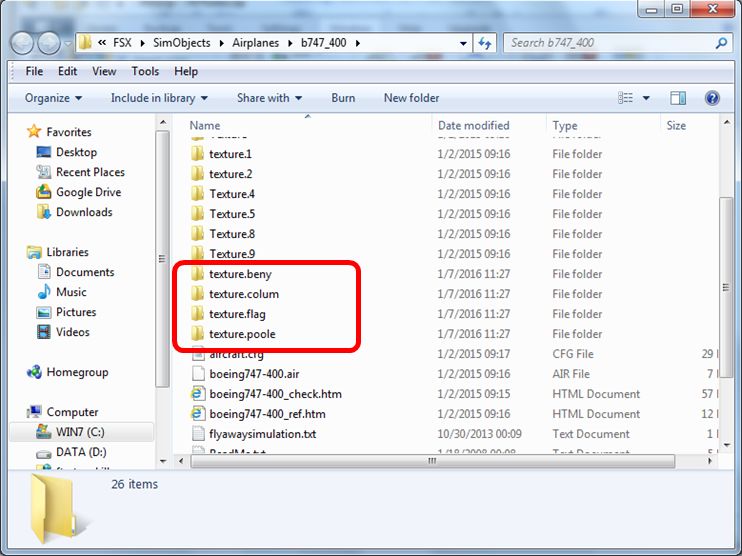 The file-revision procedure should be explained in a text file provided by the aircraft developer. Follow his instructions precisely. If a text file with that information is not included, contact the developer for his instructions. The textures cannot appear without the file revisions. 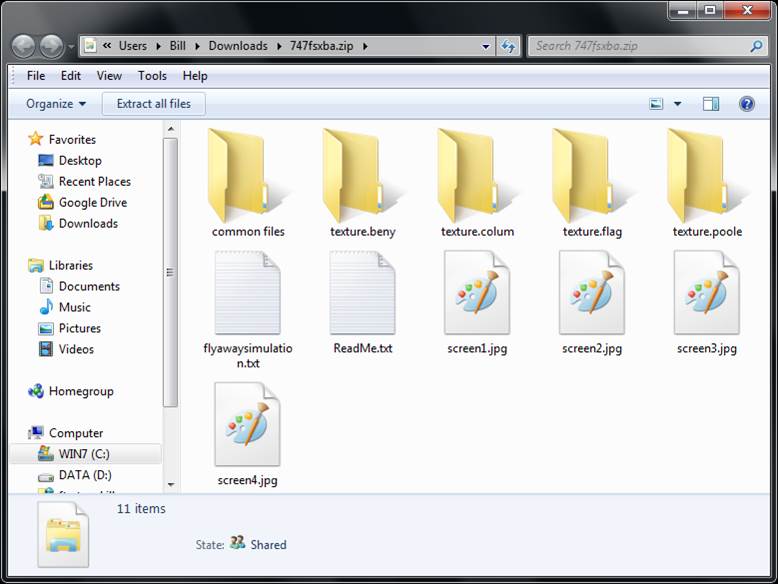 Copy configuration data from the developer’s file. If the developer made more than one texture, there will be more data to copy than seen in this window. 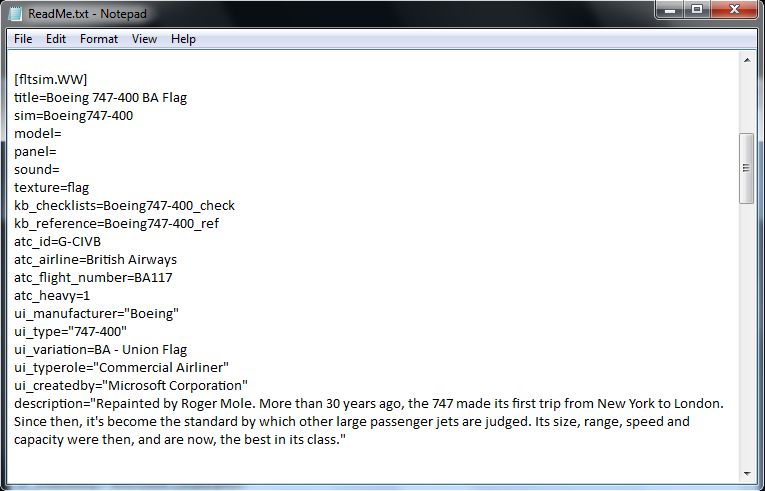 Open the configuration file for the FSX Steam aircraft to be repainted. It’s always named “aircraft.cfg” for each aircraft, and it’s a standard text file. 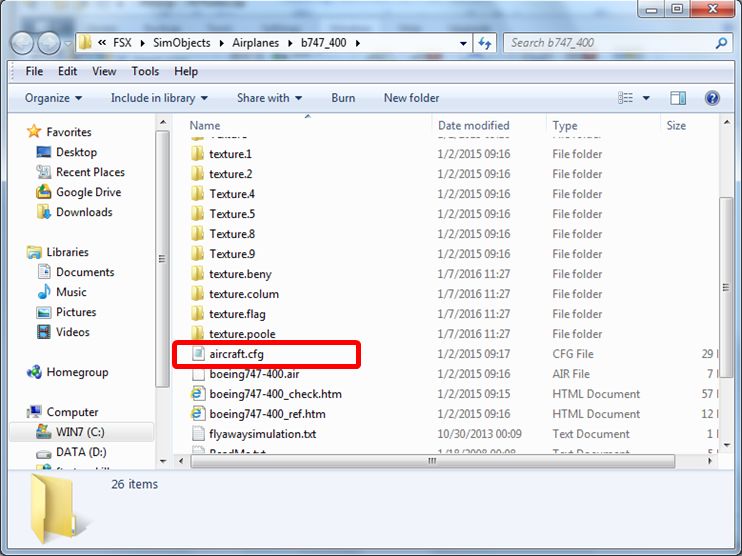 Notice that each texture group for this aircraft is numbered sequentially starting with zero. 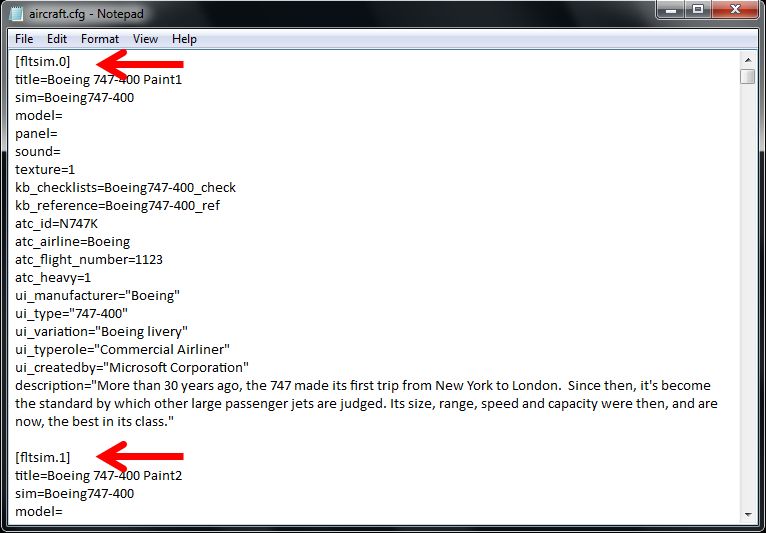 Scroll down to the end of the aircraft texture section. Paste the developer’s repaint data into the aircraft.cfg file. 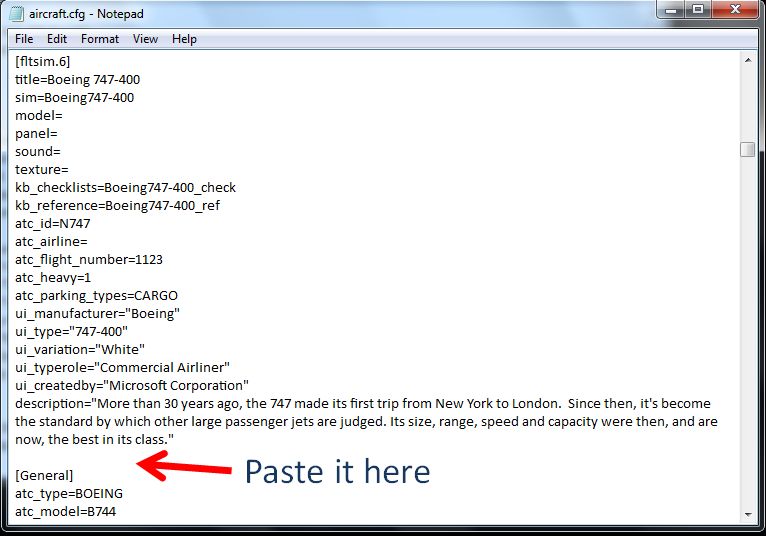 Then renumber his new data groups to make them next in the sequence. 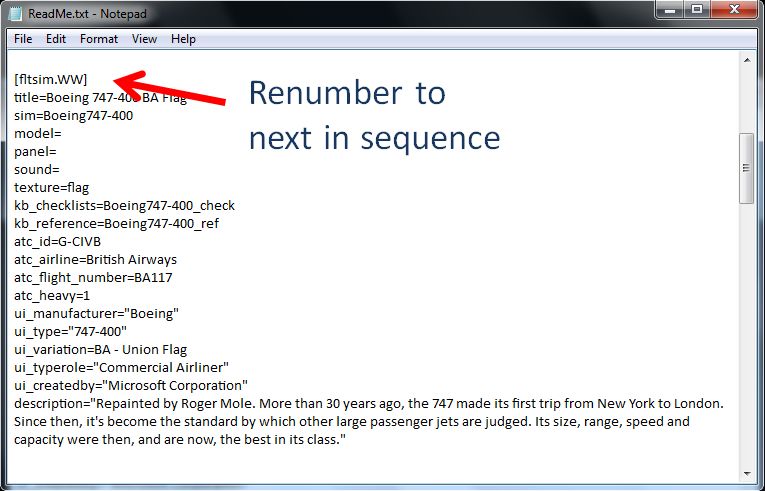 Make sure the texture names in the aircraft.cfg file match the names of the texture folders. If they don't match, the repaint cannot be displayed. 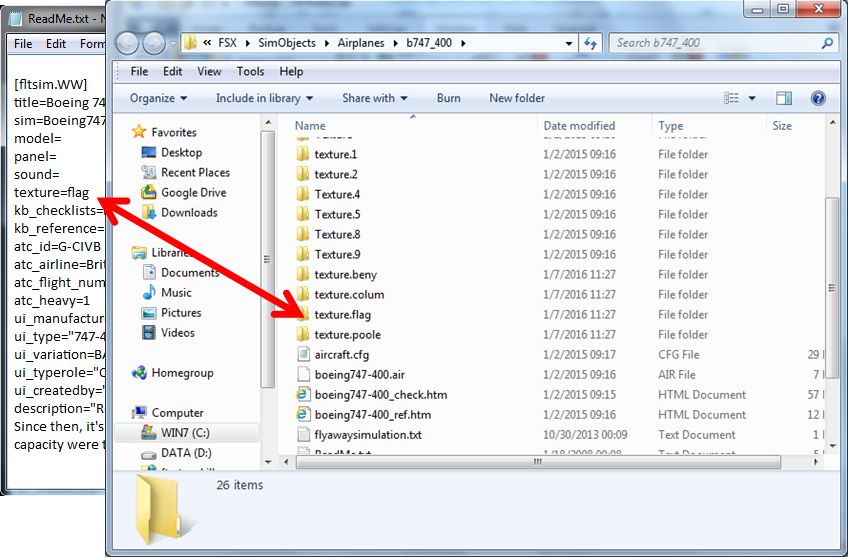 If your repaints don’t appear properly in FSX Steam, check the sequence numbers and the texture names. Also check the developer’s instructions to be sure you followed them correctly. If you are sure everything is correct but your repaints still don’t appear, contact the repaint developer for assistance.

Direct X is an internal program that facilitates graphics displays in Microsoft computer games, including Flight Simulator. DX10 wasn’t ready when FSX was released in 2006, so Microsoft included a preview option. DX10 Preview enhances the graphics display in FSX, but it also increases demands on the simulator and the computer that operates it.

If your add-on aircraft is black or invisible, uncheck your DX10 setting. 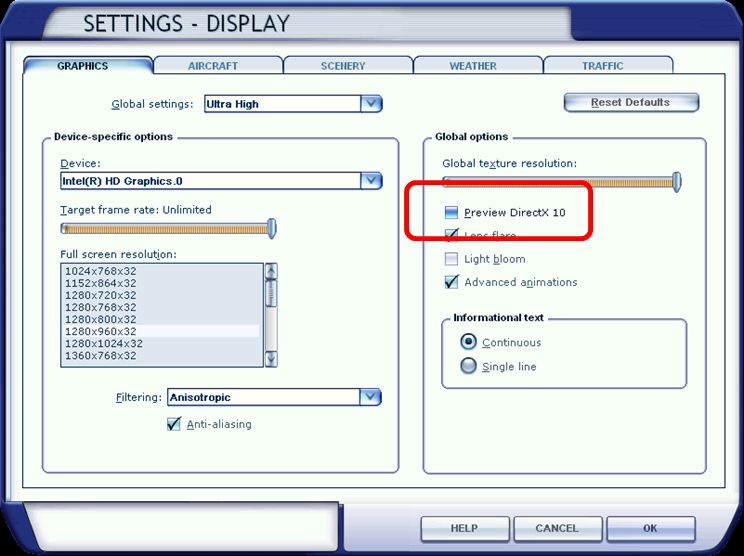 A third-party program called Steve’s DX10 Scenery Fixer might be helpful. It has been independently tested and reviewed by Fly Away Simulation. For more information, go to his web page: https://stevesfsxanalysis.wordpress.com/, or search for “Steve’s DX10 Fixer.” 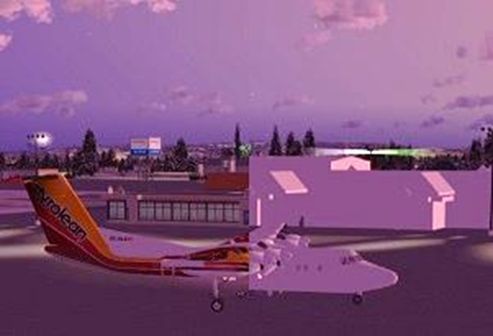 The first place to seek assistance is yourself. Reread all the instructions, double check all your work, look for possible mistakes, and correct them. We can usually find and fix our own errors in a tiny fraction of the time required for contacting developers and posting questions on internet forums. If you are absolutely sure you followed all the instructions correctly and made no mistakes, then contact the developer. He’s in the best position to help you. The last resort is internet forums if you don’t get assistance from the developer.

Below is a video outlining and demonstrating all of the methods uses above.  Some users find it easier to follow a tutorial video.

This tutorial and video were written, produced and narrated by Bill Stack exclusively for Fly Away Simulation. Tell us about how helpful this tutorial was for you. Share it with other flight simmers who might benefit from this information.

Do you have any info or a tutorial on how to install aircraft into FS9? Thanx

I need a step by step install directions for add-ons into FSX, such as the Continental 777 and F-16. Please help, anyone.

Hi Please can you give me information haw and if is possible to install FSX Steam Edition on my flight simulator PC without problems . I run and fly FSX Acceleration Pack on custom build simulator running Windows 7 Professional 32GB Ram DDS Samsung drive in Rapid mode, i7 4MGZ air cool CPU, ATI R900 series video card. Panel is all glass instruments 3 LCD monitors MartoxTripleHead2Go and 2 more monitors ,side one 20" and 7" on my panel. Basically I do not fly VC penal .My ad-on's are all FTX Orbx Used your articles regarding FSX.cfg file tweaks and got it running just perfect about 70-120 FPS depends on the aircraft. ??? what do you think about my question re-FSX Steam edition and possible conflicts ?? Have a download paid and waiting I hope you get in to this subject at this present time

thank you for the information about how to add aircraft at fsx, now i'm gonna try that tuorial at home :D

Great Video and Great website which I should have discovered much earlier in time.... Many Thanks for all the efforts. Saleh Almulhim, Saudi Arabia

I uninstalled the program, a couple of years ago because it was not running correctly, but I think I will reinstall it and try again.

Can anyone help its not working

Hi guys, I have installed your avro vulcan and can fly it on external view but unless I am missing something there is no cockpit view...any ideas?

Do you have any info (step by step) or a tutorial on how to install aircraft (DA42) into FSX Steam Edition on windows 10?

have you step py step help, how i modified panel etc, cessna 172 to all gauges, or change gauges old cessna to new (installed old FS 2004? and now need same panel to FSX steam ed, FS2004 have good panel F1 cessna but how move thats to FSX SE ? i found new FSX only panel text file. but how add this flight one panel.

Thank you so much for the video.

It will help me in numerous ways and will give me the confidence to add other airplanes without the endless headaches I have had in the past.

Have just downloaded "nimitzca.zip" There are NO instructions for installing, none whatsoever!!! I have the old Nimitz installed on FSX steam. I guess this is supposed to be a "correction" to the original. Where does it go? Inside the already installed Nimitz folder? In the boats folder?

I do not seem to have a simobjects folder. Is there another place this might be? I am running windows 10 with fsx steam. Thank you.

Hi please could you advise how you can add scenery to the steam version of fsx, thanks

The video did not talk about where to install gages and effects? thanks

1. I have just downloaded 45 GB files of scenery and don't want to mess up the installation. There is no instruction included in the three .txt files.

"We officially recommend the use of FTX Vectors because all of our testing incorporates it, and it uses elevations derived from the SRTM dataset, the same dataset we use for FreeMeshX Global. To conclude, it does not make any sense to use a global mesh without using any updated vectors. Likewise it does not make sense to use updated vectors without using an updated mesh."

What are these "FTX Vectors" and how to find and install them???

I Appreciate this website especially the freeware download options. Many Thanks to all of the developers & FSX community around the world. Godspeed for all...