Circa 1957. Textures only for the model by Tom Gibson, Greg Pepper, Alan Jennings, FSAviator, and Steve Mathis. Requires the original file (CV-340.ZIP). Based on repaint kit issued by the authors of the original model. One of two Convairs operated by Lacsa from mid 1950's to the early 1960's. Includes 1957 Lacsa Convair flight schedule. By Jorge Fernandez.

Screenshot of Lacsa Convair 340 in flight.

You will need to have installed the original files for the CV340 by the above authors. Then you need to do the following:

[fltsim.XX]
title=CV-340 Lacsa
sim=cv34
model=short
panel=
sound=
texture=lacsa
kb_checklists=CV340_check
kb_reference=CV340_ref
ui_manufacturer=Convair
ui_type=CV-340
ui_variation=Lacsa
description=While the Convair Liner series was begun by American Air Lines, ordering the CV-240, United Air Lines was the prime mover behind the CV-340. The 340's fuselage was longer to seat 1 more row of passengers, and was owned by many major airlines. TI-1016 was c/n 176, and served with Lacsa from 1954 to the early 60's. It was sold to North Central and converted to a CV-580; it appears that it later went to Air Inuit, and possibly remained in service until the late 90's.
atc_heavy=0
atc_id=TI-1016
atc_airline=Lacsa
atc_flight_number=624
prop_anim_ratio=0.9

The archive cv340_lacsa_1v1.zip has 35 files and directories contained within it. 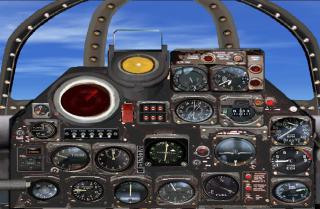