Air Force One Boeing 747-400 Model by Melvin Rafi. Updates and conversion to FSX by David Grindele.

Air Force One Boeing 747-400 Model by Melvin Rafi. Updates and conversion to FSX by David Grindele.

Thank you for downloading these updated sounds for the 747_400 aircraft for FS2002. I have attempted here to give the 747 a deeper sound more in tune with the large aircraft it is. Microsoft did not provide their new bird with updated sounds, so here you are. I hope you like them.
I have NOT included startup or shutdown sounds in this package. If you select your aircraft with the engines running you will hear the new sounds.

"THIS AIRCRAFT HAS ONLY BEEN TESTED WITH FSX"
Aircraft Type: 747-400 Airforce1 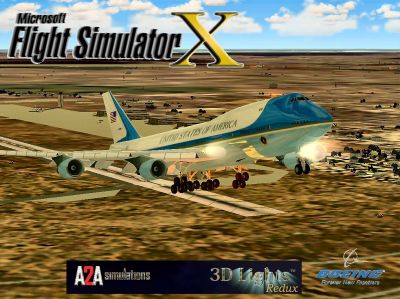 The archive 74mr1fsx.zip has 191 files and directories contained within it.