L-40 Meta Sokol v1.0. The L40 is a sports and touring plane, made by Orlican in Czechoslovakia from 1957 to 1959 and was exported to sixteen countries. It is a single-engine, low-wing monoplane of metal construction with retractable landing gear. By Jozef Vrabec and Jozef Kosik.

About the real plane:

About the FS model:

L-40 model was created in Gmax and contains 50,000 polygons. Model is fully animatedand and have a click ablle area in virtual cokpit. Texture is combination real foto with paint texture for more real look. 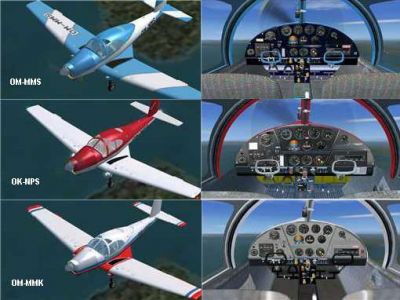 The archive l40_fsx.zip has 87 files and directories contained within it.