FAF MS760 Paris No.73, FAF EET 06/330 Albret. This is a repaint of Tim Conrad's MS760 Paris (MS-760PARISJET.ZIP). Aircraft belongs to Escadron d'Experimentation et de Transport 06/330 "Albret"; it is shown as it was in 1997, sporting the late type of markings with code letters on the rear fuselage. Repaint by Michel Gerard.

Installation is quite straightforward. Extract all files with the "Texture.73" path in this archive (making sure that "using folder names" is ticked) to your FSX\SimObjects\Airplanes\MS-760 installation folder, and everything should go to the right place. 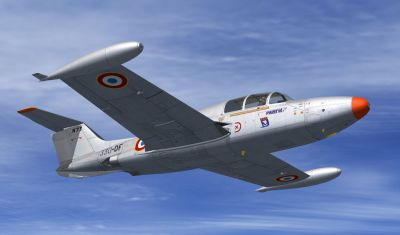 The archive 760_73.zip has 29 files and directories contained within it.