SP2/A Lockheed T-33A T-Bird Jet Training Aircraft revision A. Includes addition of revised VC canopy, EW-133 aircraft, specular mapping, additional textures Developed from Lockheed's F-80 Shooting Star jet fighter, the T-33 went on to become one of the most successful jet trainers in history. Over 5000 were built with license production in Canada and Japan adding several hundred more. This is a redone model, based on Tim Conrad's T33, for FSX SP2/Acceleration. It is a native FSX SP2/A model and will only work in FSX SP2/A. Model includes virtual cockpit, smoking engine and ten texture choices. Update to native FSX SP2/A by W. E. Stephens.

Developed from Lockheed's F-80 Shooting Star jet fighter, the T-33 went on to become one of the most successful jet trainers in history. Over 5000 were built with license production in Canada and Japan adding several hundred more.

Copy the GaugeSound.dll file into your FS Main Folder. Easygauge 2.0, what I used to make gau's, says this file is needed. If you already have one of my later planes, you most likely have this file already installed.
SIM WILL CRASH IF NOT INSTALLED!

Airfile made with AVhistory.org's 1% Spreadsheet process. Version 2.84.50. If you ever want to learn about airfiles, like how complicated it is:), visit their site, Avhistory.org.

Enjoy!
This aircraft was built to the best of my skills, knowledge, and simply to my own tastes and standards. I don't mind constructive comments, or how-to's, but "This Sucks!" type e-mails will be ignored. As for repaints, new versions, etc. I have no idea if, when, or what. So please, no "placing orders".
These files shouldn't harm your computer, but I accept no responsability for their use and effect.
Play with it,do repaints, give to friends or enemies(see below), but do not make money off of it without my express approval. This also goes for any other peoples' files in this release.

Also,if you want to re-post the plane, or its repaints, on your site, or another site, please ask me first:) I usually say yes, unless my plane been too corrupted or hacked by you or others.

Good Luck, and have Fun! 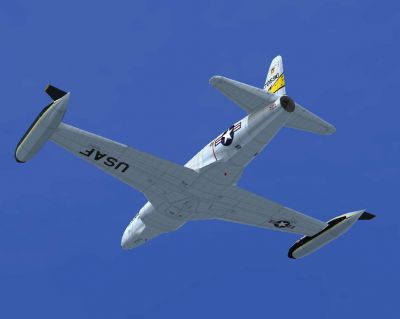 The archive t-33a_fsx_2010_rev_a.zip has 138 files and directories contained within it.

Great external views, How about some internal cockpit views? I flew both Lockheed and Canadair versions for 13 years with a museum out of Dallas Addison airport, TX. I use Prepar3d 4 and 5 but do have FSX and others. looking for the most realistic interior with 3D switches. instruments, etc. Thanks!

Cool plane! I saw one of these fly at an air show this past fall. Good job!

Have you tried Addit installer ?

I do not have a web site but I would like to buy a copy of the T-33A to add on to my FSX and or FS-2004 FS programs. I am a novice on computers and have tried to down load this program and install it but to no avail. I am willing to pay a reasonable price for a DVD or CD that will let me "Add On" to either or both of my Flight Sims. 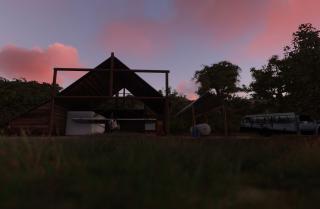 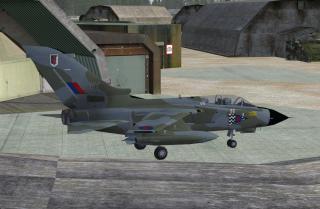