This is a repaint of the default FSX Learjet 45 into Orbit Airlines colours. This was an intersting repaint as the default textures do not allow for writing on the fuselage of the jet - thus the double mirrored text, I hope it is an acceptable compromise between that and no writing at all.

To install, extract the zip file and put a copy of 'texture.orbit' into '...\Microsoft Flight Simulator X\SimObjects\Aircraft\Lear45\'.

Copy the text below and paste it into 'Lear45\aircraft.cfg', changing the 'x' to the next number in the series. If you are still confused, stare at aircraft.cfg until it makes sense, Google how to install repaints.

[fltsim.x]
title=Learjet 45 Orbit Airlines
sim=Lear45
model=
panel=
sound=
texture=orbit
kb_checklists=Lear45_check
kb_reference=Lear45_ref
atc_id=
ui_manufacturer="Bombardier"
ui_type="Learjet 45"
ui_variation="Orbit Airlines"
ui_typerole="Twin Engine Jet"
ui_createdby="Microsoft Corporation"
description="The Model 45 is Learjet's first all-new aircraft since Bill Lear's first Model 23. Although it looks like a Learjet, it has only half the parts of a Model 35, reflecting a significant design progression. The parameters set down for the 45 called for it to have the performance of the Learjet 35, the handling of the Learjet 31A, and greater cabin space than the competition."

Don't forget to check out my Orbit Airlines fan site for other repaints and a bit of humour! You can also vote for the next aircraft you would like painted in Orbit Airlines colours!

This aircraft is freeware. Copyright Stephen Hulme. You do not have my permission to make any monetary gain from this aircraft. It started out as freeware and freeware it shall remain.
- The author's rights and wishes concerning this archive must be respected.

This aircraft may be repainted and distributed as long as the orignial readme file is included.

The archive lear45orbitairlines.zip has 9 files and directories contained within it. 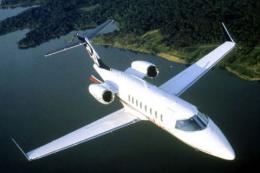 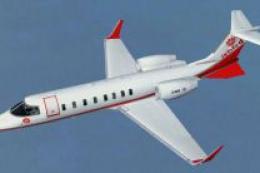 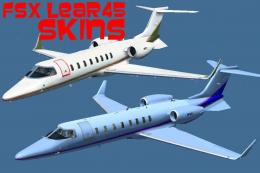 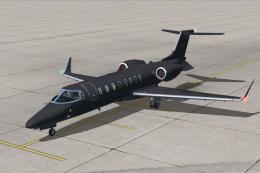 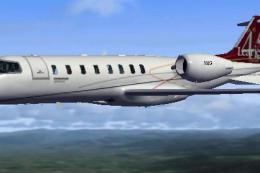 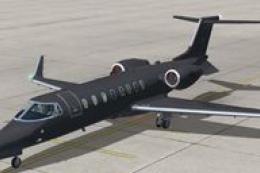 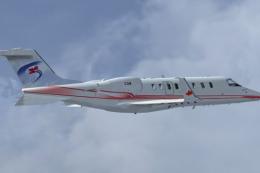 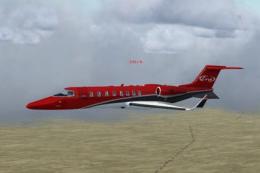