The archive HAFRescueHiui.zip has 45 files and directories contained within it.

As far as helicopter designs go, the Bell UH-1 Iroquois is one of the most popular. It served as a key player within helicopter transport, medivac and various other basic requirements during various warzones and was a particularly important part of the Vietnam War.

The aircraft itself served as a key transport unit during the war, and it eventually went down in folklore as it became a key part of the Vietnam War and the photos that were returning from it regularly. It’s estimated that roughly 7,000 of the UH-1 Iroquois served in the war and therefore started to become a really significant part of that timeline.

It served until the late 80s before it was finally put out of service, although today the aircraft is still seen in various civic roles if purchased in the right markets. At the time of its creation, though, the Iroquois became massively popular for various reasons. For the manufacturers it was effective and easy to put together whilst turning out to be quite effective in terms of fuel usage etc.

Alongside this fact, it worked expertly in offering something far more effective for troops to move around in. It offered speed, agility, space and comfort when flying and could also easily be fitted with weapons when they were needed. Before long, this aircraft became one of the most effective in the era for transport and for making quick work of operations.

It was designed to carry incredible levels of firepower, with heavy automatic weapons and miniguns regularly fitted to these kinds of aircraft to provide extra fire support to the troops below. They served as a key part of the US Army for many years, acting as a vital part of their service thanks to the fact it could easily drop off platoons and move out quickly from there.

That versatility was one of the main reasons it was used for so long, too. Equally useful as troop support as it was as being a transport, it could be an easy way to transport supplies from A to B whilst knowing they were relatively safe from being damaged. Eventually they were fitted with missile and explosive firepower, which only further endeared them to the troops.

After it served in the warzones for so long, the chopper served various other nations faithfully. It acted as a useful piece of equipment for the likes of Germany, New Zealand, Australia, El Salvador, Lebanon, Israel, Rhodesia and Argentina.

This remake carries all of these hallmarks, giving you access to a “Huey” that comes with a working rescue hoist that you can put to good use. This model has been perfectly animated and carries unique sounds, virtual cockpit elements and also reflective textures to ensure that its performance can match the level of graphical detail in equal levels. Whatever it is that you want to do with the Huey, though, you’ll find this faithful to the real thing as it captures all of the most clinical additions. 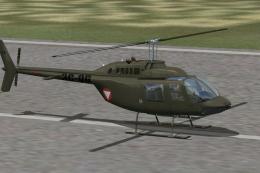 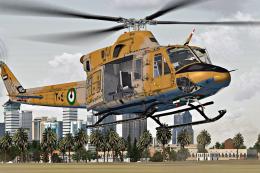 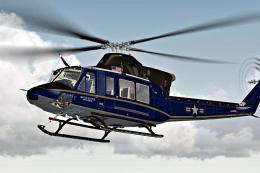 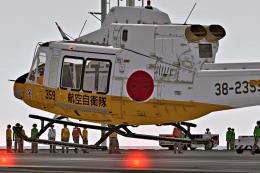 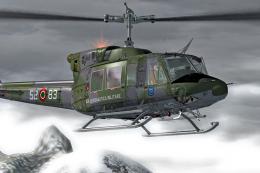 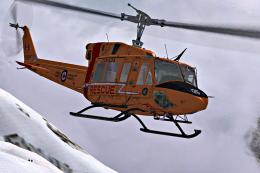 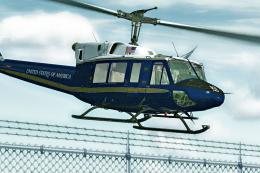 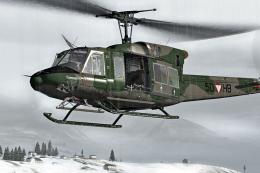 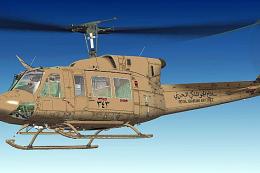