Ghost Airport Collection California (CA). Southeast of Los Angeles, past Long Beach, east of Sunset Beach and north of Huntington Beach there once was Meadowlark Airport, the quintessential hangout for general aviation fliers. The Pac Man of progress ate the airport when the land became more v...

Ghost Airport Collection California (CA). Southeast of Los Angeles, past Long Beach, east of Sunset Beach and north of Huntington Beach there once was Meadowlark Airport, the quintessential hangout for general aviation fliers. The Pac Man of progress ate the airport when the land became more valuable than the service the airport provided. The airport grudgingly became a memory. Relive that memory in FSX. By Richard O. Finley and Bruce Gregg.

Meadowlark was the quintessential hangout for general aviation fliers. Even if you did not belong there, you were always welcome to stop in and hang out. While you were doing some hangar flying, the kids could hang out at the pool. Watching the banner tow aircraft pick up or drop their tows was worth the trip itself. The airport was home to up to three hundred aircraft.

You never saw professional pilots dressed in their quasi-military uniforms waiting by a Jetstream for the chairman of the board to return from his meeting. No, those guys were there but they were there in jeans working on their Cessnas, Pipers, Mooneys, etc.

Paul Freeman's website, Abandoned & Little Known Airfields, nailed it with this quote: According to an article by Patrick Mott in the Los Angeles Times (courtesy of Bob Cannon), "It's been the seat-of-the-pants flier's favorite hangout in Orange County since 1945, a home for the gypsy in the private pilot's soul, a gravelly oasis where you can cruise for burgers in your Cessna."

Yes, they had a restaurant, the Meadowlark Cafe. It was not exactly the kind of place you would take your girl on a formal date. However, if you and your girl were out cruising in your Luscombe and needed someplace to go, you could not find a better place to drop in for a burger and a milkshake, a hotdog and a Coke, etc., etc..

There was always something going on. People were out at the airport cleaning their airplane while others tinkered with their homebuilt. Young students practiced touch & go's while young pilots tried to hustle a date at the Meadowlark Cafe. There were pilots who came to the field to look at an airplane that was for sale. At times there was a Stearman there hopping rides. They had quite an active banner tow operation. Older pilots would get a good hangar flying session going at one of the FBOs. There were pilots going out for a local flight. There were errant students busting into the middle of the traffic pattern at the end of one leg of their long cross country. It was the thing dreams are made of.

Installation:
This is very simple. Having unzipped the downloaded file to read this, put the two resulting .BGL files in the folder ~~microsoft flight simulator X\addon scenery\scenery and go have fun. The easiest way to select the airport is put L16 into the airport identifier box.

This scenery is released as Freeware.

The archive ghost_airports_l16.zip has 6 files and directories contained within it. 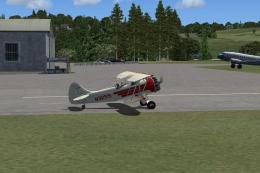 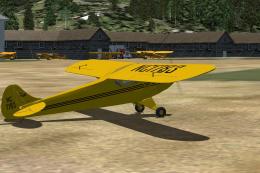 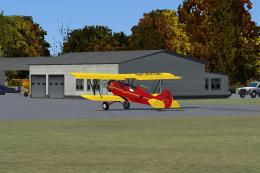 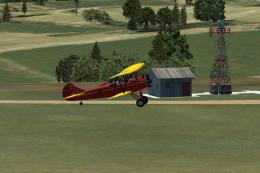 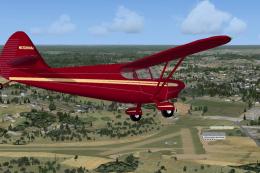 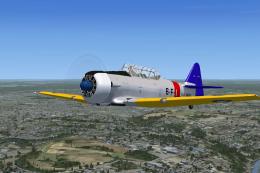 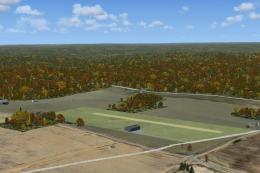 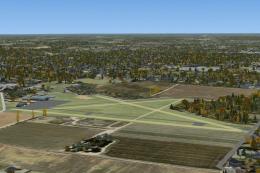 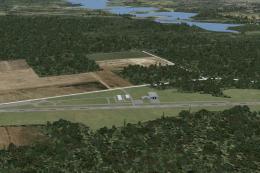