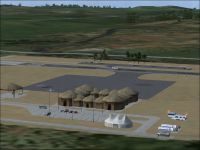 This is a small compilation of some airports and lesser known airfields in Venezuela, most of them were done from scratch.

For now i've included the following airfields (I'm working currently on some others):

Also a set of Voicepack mods are included for those ICAO airport designations missing by default FSX, to install them you need Editvoicepac e.g: to hear on ATC callouts "Santa Elena Tower" and so on...

Extract each airport file as is on your typical "Addon Scenery" folder under your main FSX folder, (it's location depends on where you installed FSX) after that, remember to activate one by one on your FSX scenery library settings.

- Altitudes of some airfields may vary according to real elevation figures due to the mesh terrain "blending".
- All of the airports but one are suitable for ai traffic (SVJM), the reason remains unknown to me, if anyone can sort this bug out i'd really appreciate it.

Any comments or airport making suggestions are welcome (as long as you provide me with some pictures I can work from), Enjoy! 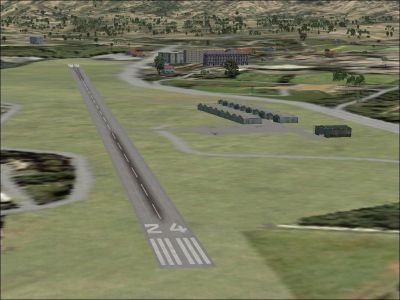 Screenshot of a Venezuelan Airport runway.

The archive sv_airports_pack.zip has 81 files and directories contained within it.