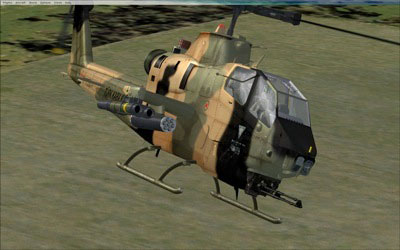 The Bell AH-1 Cobra helicopter has struck fear in the hearts of the enemy for more than 30 years. Armed helicopters first came into widespread use in Vietnam in the early Sixties. Limitations of the modified armed utility helicopters initially used led to the specially configured attack helicopter.

The later models of the AH-1 Cobra, with its proven firepower and maneuverability, went on to fight in every major US military operation since Vietnam. The Cobra continued its service with the US Marines as of 2008, as well as eight other foreign nations.