Louis Armstrong International Airport, New Orleans, Louisiana (LA) (default with new terminal). This is part of the eighth round of airports issued by Alpha India Group. AIG Ground aims to create high quality AFCADs for default and add on scenery airports. Airports are created drawing on the b...

Louis Armstrong International Airport, New Orleans, Louisiana (LA) (default with new terminal). This is part of the eighth round of airports issued by Alpha India Group. AIG Ground aims to create high quality AFCADs for default and add on scenery airports. Airports are created drawing on the best available resources and aim to simulate the real world airport as closely as possible but also to ensure good levels of traffic with realistic parking and good flow of traffic around the airport. By Patrick Finch and Alpha India Group.

The airport was originally named Moisant Field in honor of John Moisant, an early aviation pioneer. A native of Kankakee, IL, Moisant designed, built, and flew the first metal aircraft in 1909. He was also the first pilot to fly a passenger across the English Channel in 1910. This is where the airport code KMSY derives from.

Commercial air service began at Moisant Field in May 1946, and was the first airport to install an Instrument Landing System. In 1960 the airport's name was officially changed from Moisant Field to New Orleans International Airport. In 2001 it was renamed again to Louis Armstrong New Orleans International Airport in honor of the city's native born musician's 100th birthday.

Sitting at an average of 4.5 feet (1.4 m) above sea level, the airport is the 2nd lowest lying international airport in the world, next to Amsterdam's Schipol Intl. Airport in The Netherlands.

In 2009 the airport, as of the month of November, had served 7.1 million passengers. Obviously, after Hurricane Katrina in 2005, the airport's numbers dropped significantly, but have come up since that time.

A NOTE TO UTX USERS

In order to be able to have the necessary space to fit the new terminal on the airport grounds, there are areas where the ramp area needed to be expanded. It is possible that UTX roads may run through theses areas. As I am not myself a UTX user, I can not be sure as to whether this will happen or not. If this would happen to be the case in your situation, I am afraid there is no solution I can offer.

A LIST OF IMPROVEMENTS WHICH HAVE BEEN MADE TO THE AIRPORT

Here are the improvements which have been made over the default version:

Upon installation you will find a new entry in your FSX/Addon Scenery folder entitled "Alpha India Group Scenery Objects". This area will need to be activated in your FSX Scenery Library after installation, provided you did not install my scenery from last year for KCLE (Cleveland Hopkins Intl.), as it contains the model and texture files for the new terminal buildings.

ADE (Airport Design Editor) by Jon Masterson is an invaluable freeware utility for developing Afcads and the latest version - 1.47.03 - is designed for both FSX and FS9 use - introducing Jim Vile's graphical approach editor to FS9 use as well.

FSX Lights by Jim Dhaenens are an excellent set of apron lights which really help give an airport a finished look. Thanks to Jim for allowing AIG to use his lights in our packages and for permission to include the library in our downloads.

The archive aig_kmsy_new_orleans_armstong_fsx_default.zip has 45 files and directories contained within it. 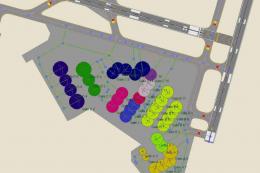 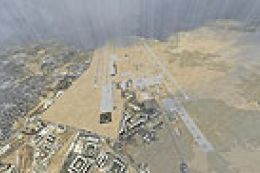 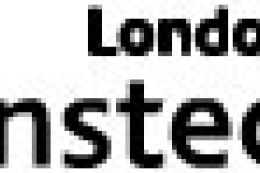 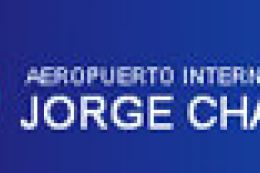 Hi, I downloaded this scenery and installed it in FSX, but I'm still seeing the default terminal buildings running through the new ones. I do not have any separate MSY files in my scenery folder. Any suggestions? Thanks!

To the creator of the AFCAD KMSY file.. I downloaded this and the update from the default fsx terminals are great. Only issue is when you pull up the ATIS for the airport it lists active runways that don't even exist at the field. Any fix for this?