J26 Mustang "Swedish AF Red D" Textures. This is a repaint only for the Warbirdsim P-51D "Twilight Tear, Then and Now" product. Manufactured at the North American Aviation plant in Inglewood, CA in late 1944, P-51D-20-NA 44-63864 was shipped to England where it was assigned to the 83rd Fighter Sq...

J26 Mustang "Swedish AF Red D" Textures. This is a repaint only for the Warbirdsim P-51D "Twilight Tear, Then and Now" product. Manufactured at the North American Aviation plant in Inglewood, CA in late 1944, P-51D-20-NA 44-63864 was shipped to England where it was assigned to the 83rd Fighter Squadron, 78th Fighter Group, based at Duxford.

Screenshot of J26 Mustang on the ground.

The aircraft became the personal mount of Lt. Hubert "Bill" Davis, who named the aircraft after the "1944 Race Horse of the Year", a filly named "Twilight Tear". Bill Davis scored three aerial victories flying the aircraft, knocking out 3 Me-109's in March of '45. Following the end of the war, the aircraft remained in Europe and was sold to the Swedish Air Force, where it was given the new serial number, Fv26158, and assigned to F16. The aircraft was first coded Red D, and then later Green K. By 1953, the aircraft was sold and delivered to the Israeli Air Force, who assigned the serial number 3506 to the airframe. The aircraft was assigned to 101 Squadron, and possibly was involved in combat during the mid 50's, during conflicts with Egypt. In the early 60's the aircraft was purchased from Israel by Bill Lear Jr., who operated the aircraft in and around Switzerland, before selling it on to William Pierce, of California. Pierce hired a pilot to ferry the aircraft to the U.S., but the ferry pilot crashed the aircraft upon landing in Iceland on his way over, in 1963. There the aircraft remained, wrecked, until it was recovered in the early 90's. Over the past 5-6 years, the aircraft was restored to exact wartime configuration, and flies again today, painted as it was when it was serving with the 78th FG in England during WWII. The aircraft won the WWII Grand Champion Award at Oshkosh 2011, for the quality and authenticity of the restoration work. This repaint depicts the aircraft as it was when initially serving with the Swedish Air Force as J26 Fv26158 "Red D". By John Terrell.

The archive wbs_p51_red_d_26158.zip has 18 files and directories contained within it. 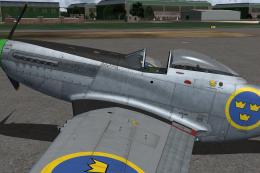 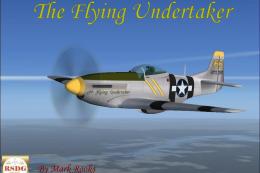 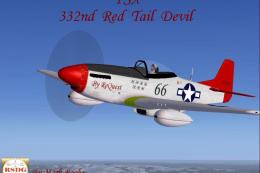 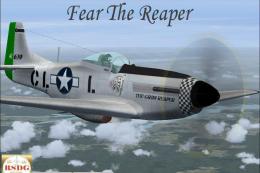 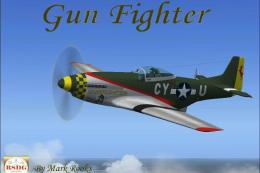 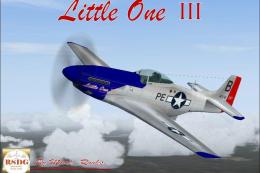 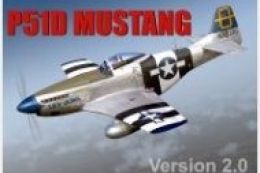 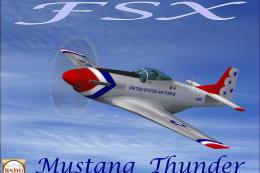 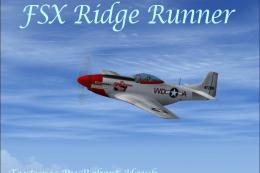