The Douglas C-54/DC-4 was developed under the darkening clouds of World War 2, and upon USA's entry into the war all DC-4s then on the production line were requisitioned for the US military. The result was that the 1st DC-4 off the production line flew in 1942 wearing olive drab camouflage as the C-54 Skymaster. The C-54 admirably fitted into the USAAF's long range transport role and 1162 were built through the war years.

Post war many surplus C-54s were available for airliner conversion. The type initially formed the mainstay of most long haul passenger carriers. An additional 78 additional DC-4s were produced by Douglas to new orders. Eventually the type was replaced by faster, pressurized DC-6s and Constellations. DC-4s eventually filtered down to third level operators and freight operators.

Notable developments of the DC-4 include Aviation Trader's much modified Carvair freighter while Canadair built a number with RollsRoyce Merlin engines and pressurized fuselages. The DC-4 also formed the basis for the larger DC-6 and DC-7. The C-54/DC-4 was the first airliner to introduce a circular section, constant diameter fuselage which made stretching the basic aircraft relatively simple).

The archive c544ala.zip has 48 files and directories contained within it. 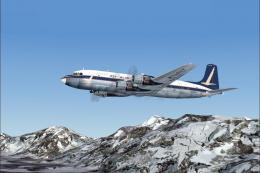 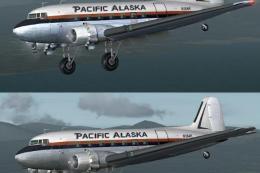 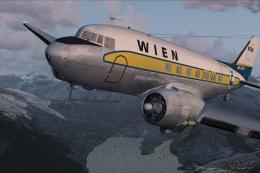 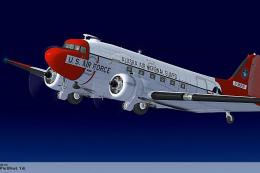 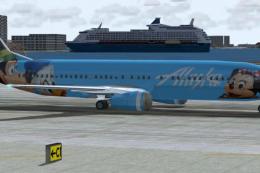 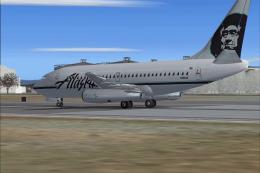 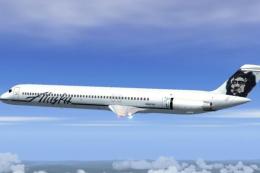 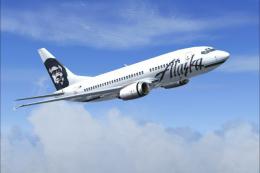 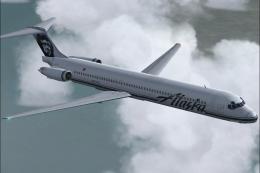