Textures only for the payware Virtavia Douglas A-4E/F Skyhawk. This represents a late model A-4E BuNo. 154977 assigned to VF-126 at NAS Miramar circa 1985. By John Detrick.

Textures only for the payware Virtavia Douglas A-4E/F Skyhawk. This represents a late model A-4E BuNo. 154977 assigned to VF-126 at NAS Miramar circa 1985. By John Detrick.

[fltsim.x]
title=A-4E Skyhawk VF-126
sim=Virtavia_A-4E-F_Skyhawk
model=E_Adversary_2
panel=
sound=
texture=vf126bg
kb_checklists=A-4_check
kb_reference=A-4_ref
atc_heavy= 0
atc_parking_types= mil_combat
atc_airline= Navy
atc_flight_number=
atc_id= 154977
atc_id_color = 0000000000
ui_manufacturer= Douglas
ui_type= A-4 Skyhawk
ui_variation= A-4E Adversary VF-126 Bandits
ui_typerole=Military Jet
ui_createdby=Virtavia
ui_thumbnailfile=texture.thumbs/Thumb_Skyhawk_VF126.jpg
visual_damage=1
atc_type = Douglas
atc_model= A-4E/F
editable= 0
Description=Repaint by John Detrick. The Douglas A-4 Skyhawk was designed to replace the piston-engined AD Skyraider in the close air support and interdiction role. It was capable of carrying both conventional and nuclear weapons.The prototype flew on 22 June, 1954.The first production model, the A-4A (165 built), entered service in 1956. The A-4B (542 built) entered service in 1957. The A-4C (638 built), entered service in 1960, and introduced a new radar unit which provided limited night and bad weather capability. The A-4E (498 built), was equipped with a more powerful engine and other improvements and entered service in late 1962. The A-4F was a modified version of the "E" model and included an upgraded engine, nose wheel steering, wing spoilers, a zero-zero ejection seat, and an upper avionics pod which gave the aircraft its characteristic "humpback"shape. The A-4G entered service with the Royal Australian Navy in 1967. It was armed with Sidewinder missiles and flew from the carrier Melbourne.

The archive a4evf126.zip has 24 files and directories contained within it. 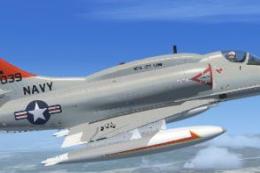 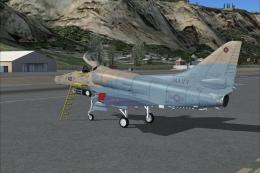 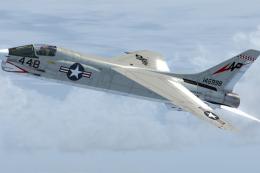 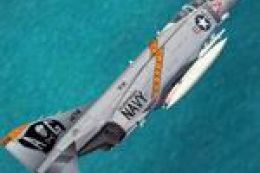 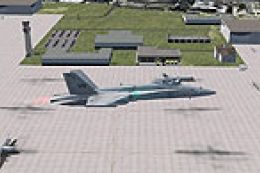 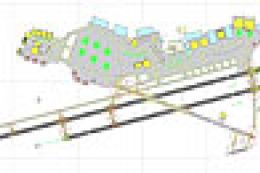 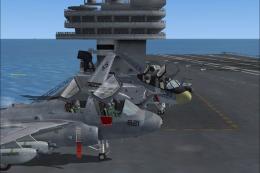