A repaint for Rob Richardson's Armstrong-Whitworth Meteor NF11. 517 c/n AW5609 was delivered to the Royal Danish Air Force as a NF11 in March 1953 and was one of six converted to target-towing use as Mark TT20 in 1962. Operated by a Swedish target-towing company under contract and registered as S...

A repaint for Rob Richardson's Armstrong-Whitworth Meteor NF11. 517 c/n AW5609 was delivered to the Royal Danish Air Force as a NF11 in March 1953 and was one of six converted to target-towing use as Mark TT20 in 1962. Operated by a Swedish target-towing company under contract and registered as SE-DCG. Scrapped in 1966. Repaint by Peter Watkins.

[fltsim.xx]
title=Armstrong Whitworth Meteor NF11 517
sim=Armstrong Whitworth Meteor NF11
model=
panel=
sound=
texture=517
kb_checklists=AW_Meteor_NF11_check
kb_reference=AW_Meteor_NF11_ref
ui_manufacturer=Armstrong Whitworth
ui_type=Meteor NF11
ui_variation=Royal Danish Air Force 2
ui_typerole="Twin engine jet night fighter"
ui_createdby="RJR"
atc_id=517
atc_airline=Air Force
atc_flight_number=346
description=As a night fighter, the Meteor again replaced the Mosquito however it was never more than an interim measure. The Mosquito night fighter had remained in use even though it was largely obsolete. Gloster proposed a night fighter design to meet the Air Ministry specification for the Mosquito replacement, based on the two seater trainer, with the pilot in the front seat and the navigator in the rear. Once accepted however, the work passed to Armstrong Whitworth for both the detail design and production; the first prototype flew on 31 May 1950. Although based on the T.7 twin seater, it used the fuselage and tail of the F.8, and the longer wings of the F.3. An extended nose contained the AI Mk 10 (the 1940s Westinghouse SCR-720) Air Intercept radar. As a consequence the 20 mm cannons were moved into the wings, outboard of the engines. A ventral fuel tank and wing mounted drop tanks completed the Armstrong Whitworth Meteor NF.11.

The archive danish_meteor_nf11_517.zip has 17 files and directories contained within it. 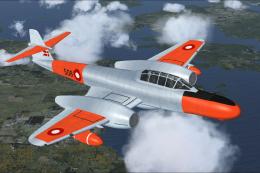 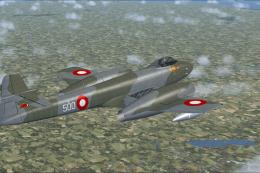 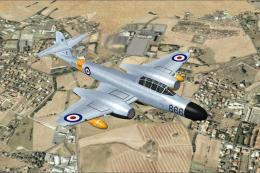 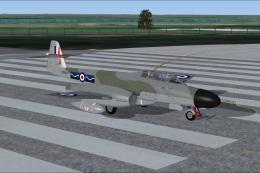 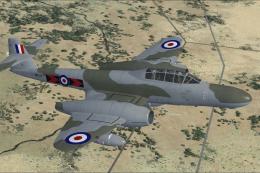 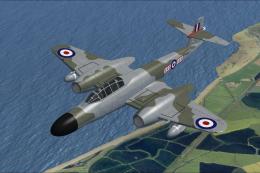 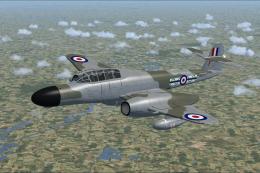 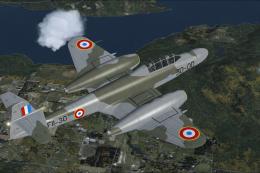 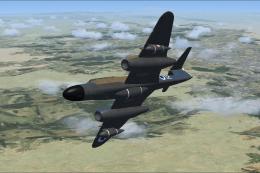