Move all these folders

For aircraft that work in FSX search 'Danny Garnier' at www.simviation.com. All my aircraft updates have working VC.

Good wishes to all Flight Simulator fan over the world!!

Info:
The F-20 Tigershark (initially F-5G) was a privately financed light fighter, designed and built by Northrop. Its development began in 1975 as a further evolution of Northrop's F-5E Tiger II, featuring a new engine that greatly improved overall performance, and a modern avionics suite including a powerful and flexible radar. Compared with the F-5E, the F-20 was much faster, gained beyond visual range air-to-air capability, and had a full suite of air-to-ground modes capable of firing most U.S. weapons. With these improved capabilities, the F-20 became competitive with contemporary U.S. fighter designs like the F-16 Fighting Falcon, but was much less expensive to purchase and operate. 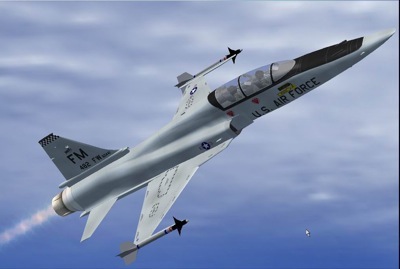 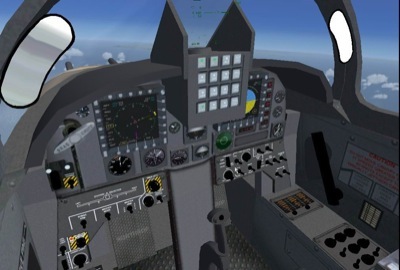 The archive f-20x.zip has 318 files and directories contained within it.

Good plane, for some reason I can't get the vc to look right. The instrument area is like a green block instead of showing any detail from between the heads up display to the lower portion of the screen.