File Contents
Eurofighter: Germany, RAF, Spany, Italy and Austria, for FS2004 in 5 Weaponequipments : air - air - light, air - air - long, bomber, trainer - light and trainer long. Eurofighter is a single-seat, twin-engine, agile combat aircraft which will be used in the air-to-air, air-to-ground and tactical reconnaissance roles. The design of Eurofighter Typhoon is optimised for air dominance performance with high instantaneous and sustained turn rates, and specific excess power. Special emphasis has been placed on low wing loading, high thrust to weight ratio, excellent all round vision and carefree handling. The use of Stealth technology is incorporated throughout the aircraft's basic design. The new AFS - Eurofighter has flightdynamics of real Eurofighter. This has a new panel with new gauges and a new high textures virtual cockpit. (INFO: Panel is FREEWARE, virtual cockpit and external model is free trialware !!) Model, panel, sounds, textures and gauges by www.afs-design.de - Author: A.Meyer.

The archive eurafsc3.zip has 148 files and directories contained within it.

I mentioned in my discussion about the F-14B that I’m doing a lot of travelling for work, so I need a way to pass the time. Given my laptop is an aged piece of kit, I tend to use FS2004 on it so that it won’t explode whilst I’m in transit. One of the downloads that I picked up to try out – having never used it before in FS2004 – was the remake of the Eurofighter Typhoon. I’ve wrote about this aircraft in the past for a college essay and have spent many an hour in different makes and versions, so I was pretty eager to see if this would bring anything to the table that I hadn’t already used to death.

Well, the first thing I was able to notice was that it came with five outfits for weapons in the air – that’s pretty awesome. Now I could set up for air-to-air, air-to-land, bombing, long air attacks and even training; it was this attention to variety and choice that made a big difference to me. Sure, you aren’t exactly capable of waging war in FS2004 but you can quite happily see how cool these missiles look as well as see the impact they have on the weight.

The Eurofighter is a single-seat, twin-engine combat fighter which comes with so much power and versatility that it really is worth looking into more – I’ve spent so long trying it out that I already know what to look for. Thankfully, when it comes to the design, this remake does everything it can to capture that attention to detail. The cockpit is spot on as is the huge range of extras on the textures, helping to bring the aircraft into life in the most effective manner possible – it makes a massive change to the overall confidence you have when flying.

It does really improve your overall position when you are flying with the aircraft, such is the realism that it brings to the table. The emphasis that was placed on how it flies, though, is the most impressive feature.

Taking off and flying around is nice and simple with this, as it removes all of the conventional problems that you tend to face when doing this. The excessive levels of power that it has are accurately portrayed within the way that it flies, as you can feel like you are jetting around in a time machine at times!

That being said, it handles well when you do concentrate and when you know what you are doing. Its dynamics are spot on, and the detail in the design is something that is more than worth applauding! It feels great to fly around like this, ensuring that you can enjoy yourself at breakneck speeds and with access to one of the most ludicrously powerful jet fighters of recent years in your hands.

I love the Typhoon and if you love it, as well, you should definitely think about giving this mod a try as it’s absolutely spot on. 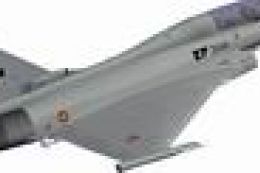 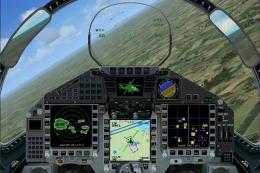 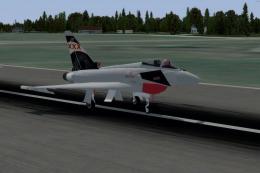 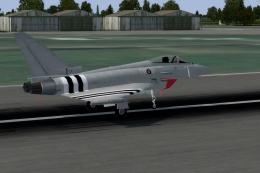 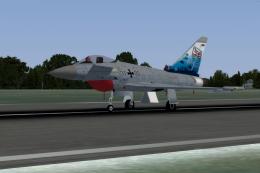 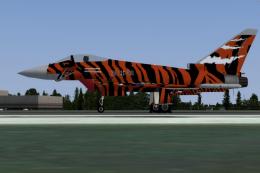 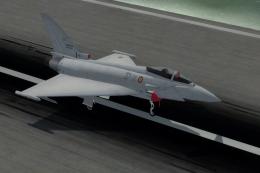 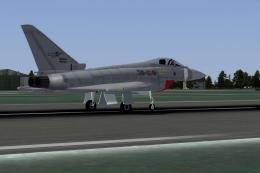 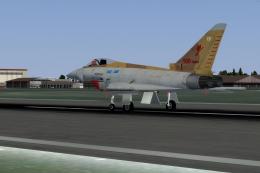 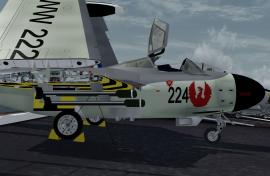