SelectFx features: 1. SelectFx lets you choose from up to 44 different Ground and Water crash effects to use in Fs2002/Fs2004. 2. Quickly Save/Load your favorite crash effect setups. 3. To provide the highest realism, these effects are categorized by effect type: Blast Objects, Craters, Dirt/Dust...

File Contents
SelectFx features: 1. SelectFx lets you choose from up to 44 different Ground and Water crash effects to use in Fs2002/Fs2004. 2. Quickly Save/Load your favorite crash effect setups. 3. To provide the highest realism, these effects are categorized by effect type: Blast Objects, Craters, Dirt/Dust, Fires, Concussion Flashes, Shockwaves, and Smoke. 4. For even greater control and to provide support for slower CPU's, a Min/Max "Emitter Density" toggle switch is provided for each effect type. 5. For more accurately modeled effects, the Magnitude (physical size) of the effects can be changed for each effect type. 6. Fast load time, 3nd generation effects, quick and easy to use. 7. Retro "woody" look buttons, switches and animated displays in keeping with ACOF. 8. ***STILL FREE*** Enable/Disable aircraft breakage (visual_damage) feature. 9. *NEW FREE FEATURE* Button to turn On/Off the opening screen in Flight Simulator.

The archive SFx4.zip has 12 files and directories contained within it.

For many of us, a large part of the fun in flight simulation – when you aren’t too keen on taking on serious flights and taking things too in the manner of the simulator itself – is being able to crash the aircraft and see just how ridiculous we can manage to make things go.

It might see morbid to some and a waste of time to others, but for me personally? It’s a nice way to see just how dynamic the overall quality and effect of the crash can be when you really get things wrong!

However, I was always let down by the quality of crashing effects in FS2004; this mod, though, manages to rejig that entirely and make the crashes feel a whole lot more serious than they once did. I love this package and it makes a huge difference to the overall composition and enjoyment of the crash itself.

This allows you to choose from a scarcely believable 44 different ground and water crash effects that can be used in both FS2002 and FS2004 – so you know that you can get a range of nice looking effects for use with the older, less graphically impressive, simulators.

You can easily load up and change between crash effect profiles, too, making it easy to make something nice and dynamic each time you take off – if things go wrong on this flight, at least you know that it will look a whole lot more spectacular than it once did!

You’ll be able to deal with various effect types, too, such as things like large blast objectives, huge craters forming, dirt and dust going everywhere, flames erupting and various other shockwaves and smoke effects that look outrageous and make it very easy for you to learn how to create impressive crashes.

The mod itself might be more cosmetic than anything else, but it adds a layer of realism to the flight simulator that has been lacking in the past. For a greater level of control over everything, too, you can alter and change the density of the crash so that it fits with the level that you feel most comfortable seeing occur and also that your machine is going to handle.

Many other changes have been included, too, which include a way of coding which allows this to load quickly and not particularly hamper your performance outside of when/if a crash actually occurs. Given the speed in which it can be added in and installed, too, and it’s very easy to see why people might wish to add this package into their flight simulator.

There are smaller features added in too like “wooden” buttons and switches included as well as the chance for visual damage to be included within the aircraft should you crash.

It’s simple, fun and very easy to use – what more could you want from a simplistic and pretty awesome cosmetic change for FS2002 and FS2004? 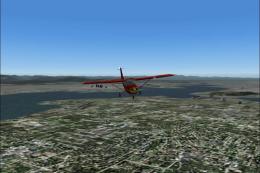 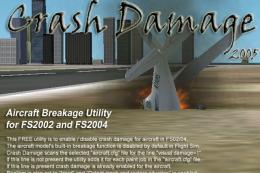 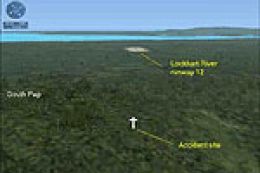 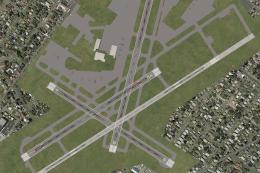 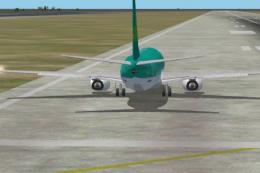 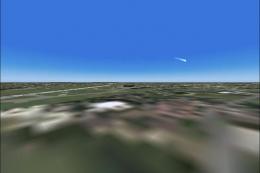 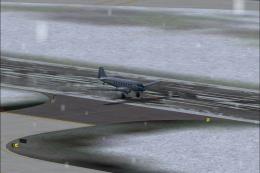