"THIS AIRCRAFT HAS ONLY BEEN TESTED WITH FSX"
Aircraft Type: Boeing 777-200ER Continental Airlines 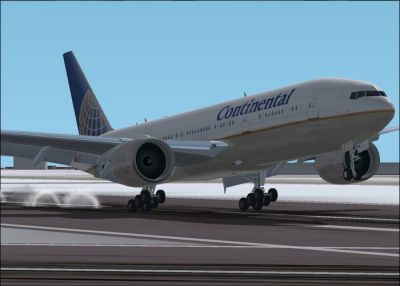 The archive ct77fsx.zip has 171 files and directories contained within it.

Thanks for building this great plane! its really good. Having the sound and its own cockpit (not another airplanes) was great you did good work on this.

The model, sound effects, and ground utilities work fine except the vc. No way to navigate professionally. Too bad..

The cockpit looks like an arcade game, other than that it's cool. if it had a VC i'd fly it alot...