Put the BR2_LFPG__2007_1_XO.BGL and the BR3_LFPG_XO.BGL in your " My_FSX_folder\Addon Scenery\scenery" folder. This is the main AFCAD file (BR2) itself and another secondary AFCAD (BR3) related to the apron's lighting. Idea is mine but the technique for FSX is Don "Gadgets" one's.

If you already have an AFCAD for LFPG in this directory or another one, you should delete or put it outside FSX. More than one AFCAD for an airport may create problems.

The three ".fx" files should be put inside your " My_FSX_folder\Effects" folder. These files can not be drop anywhere else. They command the warning beacons nearby runways (see after).

Most of my comments about my previous releases are identicals and I won't make them again (broken links, crossing runway system etc...)

has introduced a ground vehicles circulation within airport. In the original stock airport these vehicles are able to use taxiways to do their business which is, in most cases, completely irrealistic. I have rewritten all the system to get two independant networks: One for the planes and one for ground vehicles. Nevertheless all gates are connected to the ground vehicles network to allow servicing (fuel truck etc...) I have made the same thing than for the runway crossing, known as the "diamond technique". It allows ground vehicles to cross taxiways regardless of aircraft taxiing. Because the two networks are independant, you might have AI vehicles crossing your way and possibly cause a collision and crash.I deeply recommend,in "setting-realism", that you check "ignore crashes and damages" or, to uncheck "allow collision with other aircraft" if you want to keep the other option. This last setting will prevent crashes with AI vehicles, but in some circumstances, AI vehicles might cross and go through your plane.

New features with this AFCAD

I have imitated the Category I and III holding point system the best way that I could.

In short: Red bar across: No entry. Fix red lights and wig-wag: CAT III OK. Double wig-wag only: CAT I only. No CAT I lights at all: Takeoff forbidden.

CAT I and CAT III ground markings are like in the reality. CAT III markings do not have any effect in FS.

I've added the S3 Terminal building that will be open very soon .I do not have much talent of modelisator and it won't look exactly like it is ... I've added some jetways but I think some are missing.

All jetways from the Terminal E building have been removed because the reconstruction is not done yet.

There are still works in progress in the Terminal 1, and the Satellite number 3 is now closed. I've kept the jetways even if it's not possible to board passengers from them.

Except errors or omissions, Airlines repartition should be correct at the 1st of May 2007. Three gates may accept the A380 at the S3 Terminal.

I have put stop lines on every gates. You will see them at your 9 o'clock in the cockpit view. I recommend that you press the "W" key twice entering a gate, to have a better view on these lines. It is also recommended to switch off your landing/headlights before the last turn towards the stop position to not blind the marshaler.

If you don't want to keep the night blue guidance system, you just have to delete or put outside FS the "BR3_LFPG_XO.bgl" file. It won't have any consequences on traffic or the main AFCAD behaviour.

About jetways, to speed up their movements, I would suggest you to slow down the FSX simulation rate to its minimum when you are parked. This will increase the frame rate and therefore accelerate the jetways movements.

The archive lfpg2007.zip has 9 files and directories contained within it. 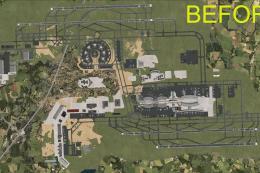 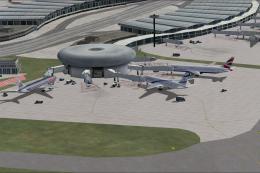 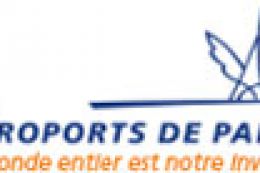 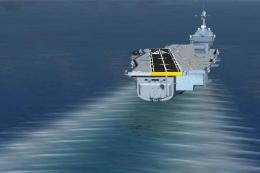 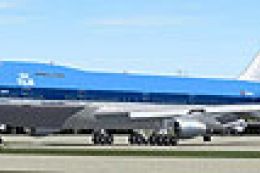 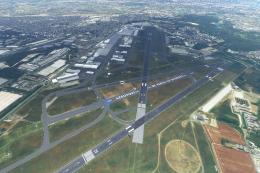 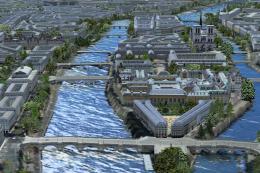 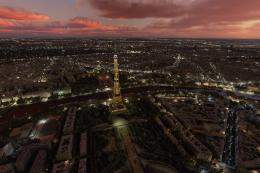 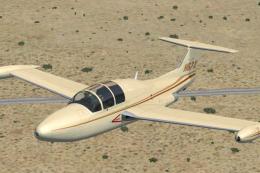