FS2004 Boeing F/A-18E Super Hornet Update, for use with fa18esh3_138105.zip. A number of exciting new configuration changes have been made to the Super Hornet that accurately reflect the fly-by-wire characteristics of the actual aircraft. Model by Daisuke Yamamoto. Arrangement of arms and a tank ...

File Contents
FS2004 Boeing F/A-18E Super Hornet Update, for use with fa18esh3_138105.zip. A number of exciting new configuration changes have been made to the Super Hornet that accurately reflect the fly-by-wire characteristics of the actual aircraft. Model by Daisuke Yamamoto. Arrangement of arms and a tank and flight dynamics by Hiroaki Kubota. The XML of engine control by Toshikazu Shimizu. Flight dynamics and configuration change testing by Bart Bartholomay.

The archive fa18e231.zip has 73 files and directories contained within it.

As you will all doubt know by now, I have a huge amount of time for going back and using the older flight simulators – there is something quite marvelously vintage about using things like FS2004. That being said, they still look great today and some of the models that are produced for them look brilliant – I was made aware of this creation, a remake of the brilliant F-18eSuper Hornet, and decided to download it and see what the fuss was about.

Since it was modeled by Daisuke Yamamoto, though, I was more than happy to take it on as his work is absolutely brilliant!

The arrangements and flight dynamics, however, were created by Hiroaki Kubota and the quality and style of the dynamics is just as impressive as the model. The detail and quality of the world made a massive difference compared to the older updates of this same model, which I had tried before to a lesser extent.

It comes with the accuracy in the model and the flight dynamics that you would hope to see, but also make it really easy to fly with the overall quality and style that it provides throughout the overall flight experience.

One of the things that I appreciated the most about this, though, was the accuracy of the engine control. Managed by Toshikazu Shimizu, it was one of the most impressive selections that I had come along in some time – especially for using the rather (comparatively) limited form of quality that FS2004 is now capable of.

It captures a lot of the more impressive dynamics really well, and ensures that the entire project feels fresh; even the fact that they were capable of adding in the fly-by-wire flight characteristics of the real thing made it a much more enjoyable flight experience.

The whole thing, though, was characterized by the quality of the aircraft when flying it. Whilst I appreciate the time and effort taken to make these downloads, at times they can be more bug than mod; the bugs in this, though, are more or less nonexistent.

The level of testing put in by Bart Bartholomay was really worth the time, as I can notice the level of fine tuning and editing that has taken place in the overall configuration of the aircraft. It scales new heights for me in terms of using the Super Hornet in a flight simulator.

The overall addition, then, is very much well received on my part. It’s a lot of fun, it’s engaging and it’s truly one of the most realistic model designs I’ve come across when using FS2004.

The speed of which it was installed, the quality of the product and the fact it’s completely free made it an absolute no brainer for me. It comes equipped with everything you would need to have a good time in the Super Hornet, so if you are looking for a way to enjoy this absolutely stunning aircraft the way it should have been when FS2004 was first released, try this out. 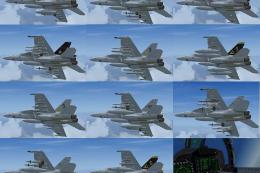 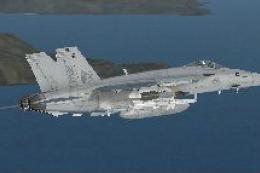 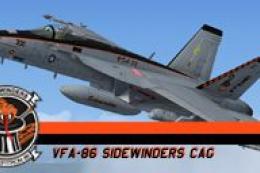 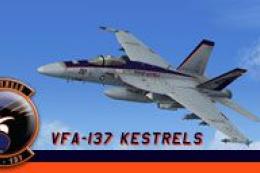 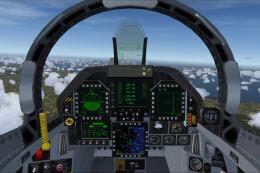 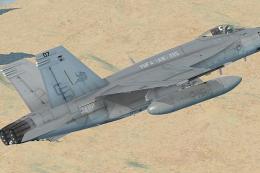 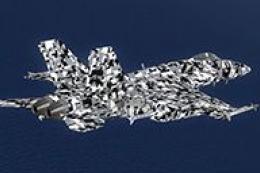 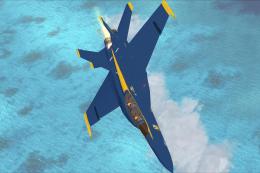 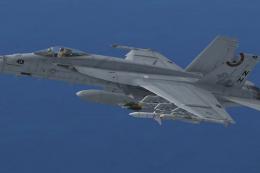