Bagram Air Force Base v3. Bagram, Afghanistan (AF). Bagram AFB (OAIX) is for FSX with Acceleration running in DX10 or DX11. Version 3 is a complete reworking of the airport based upon satellite imagery. Parking spaces include two cargo, 11 military cargo, 21 military combat (eight coded for A1...

1. Copy the "Bagram Ver 3" folder (including the folder, itself) to the FSX "Addon Scenery" folder.

2. In FSX, go to "Settings," and under "Other settings," click the "Scenery Library" button.

4. Navigate to the "Addon Scenery" folder, and then double-click on the folder to open it.

5. Click once on "Bagram Ver 3," and click the "OK" button. (After clicking the "OK" button, Windows 7 users will also need to click once in an empty space below the folder names in the "Select Scenery Directory" window).

6. Under "Available scenery areas," "Bagram Ver 3" will now appear at the top of the list. Be sure "Enabled" is checked. Then click the "OK" button.

A scenery complexity setting of "Normal" or higher shows everything. Settings of "Sparse" and "Very Sparse" show correspondingly less.

Open the "Helipad Reference" folder, and double-click on "Helipad Reference.htm." This is a visual reference to be used in setting up both user helicopter and AI helicopter flights. All helipads at Bagram are shown, and both the FSX and the Heli Traffic 2009 helipad numbers are shown for each helipad. The location and heading of each helipad is based upon satellite imagery.

The "Slingload Flight" folder contains files to implement a slingload flight. Copy the files (but not the folder itself) to the "Flight Simulator X Files" folder within your "Documents" or "My Documents" folder. A flight called "Bagram Sling" will now be listed on the FSX Free Flight's "Load Flight" menu. The flight uses an AgustaWestland that takes off from one of the helipads on the Medevac ramp. The slingload is a generator located near the deicer truck. Do whatever you wish with the generator.

Bagram Ver 3 contains 8 parking spaces coded for A10 "Warthogs." There is a freeware file called "hoga10.zip" that is available at FlightSim.com and elsewhere. The file contains a freeware A10 that can be used both as a user aircraft and as an aircraft for AI flights.

The files in the "A10 Enhancements" folder contain texture conversions that I have done to add DirectX 10 and DirectX 11 compatibility and, therefore, enable the A10 to render properly in FSX's "Preview DirectX 10" mode. I have made no changes whatsoever to the original model nor to the livery. I have simply converted the textures for use with DX-10 and DX-11, and I have saved the textures using DDS compression to make rendering faster.

To enable AI A10s to find and use the A10-coded parking spaces at Bagram, copy the "Aircraft.cfg" file from my "A10 Enhancements" folder to the "358th FS A-10 ThunderboltII" folder, overwriting the original file. The only difference in the files is that I have added the line "atc_parking_codes=A10" (without the quotes) to the "[fltsim.0]" section of the Aircraft.cfg file. The same technique could be used in the aircraft.cfg file of any A10 to enable the A10 to use the parking spaces that are coded for A10s at Bagram. Just be sure to use "A10" with no dash between the "A" and the "10" if you use the technique with an A10 that you already have in your FSX hangar. Remember, too, to add the same line to each texture referenced within your aircraft.cfg file if your A10's aircraft.cfg references more than one texture.

An IED has hit a vehicle high (9809 feet) up in the mountains and quite some distance from the air base. The aftermath can be seen at N 34° 49.37' E 69° 52.38'. If a helicopter is placed at that location, putting the helicopter at a heading of 179 degrees will enable the pilot to gain full situational awareness.

Heli Traffic 2009 users who download and install my version of Kandahar, will find I have already created a landing spot at the Bagram IED site (and at other remote Afghanistan sites) for use by AI helicopters.

Jim Dhaenens for allowing freeware airport developers to use his lights.

David Grindele for his accumulation of freeware scenery.

Islamic Republic of Afghanistan Ministry of Transport and Civil Aviation for publishing detailed information about the airport.

This software is freeware and may be distributed only with permission of the author. No commercial use is allowed without the author's permission.

This software is distributed without warranty of any kind either express or implied. The author is not responsible for any damage caused by this software. 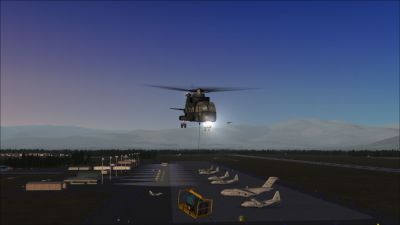 The archive bagram_ver_3.zip has 44 files and directories contained within it. 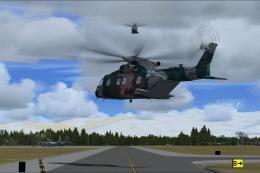 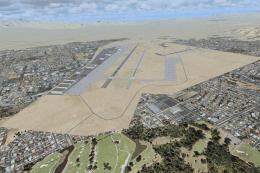 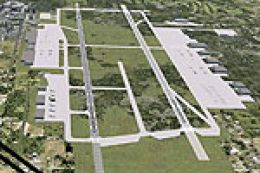 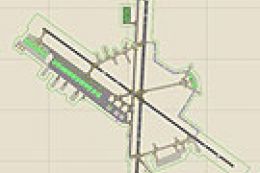 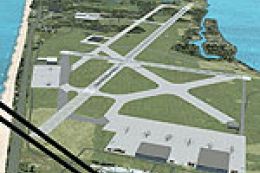 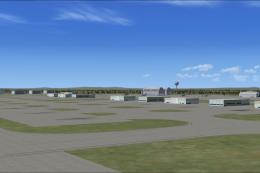 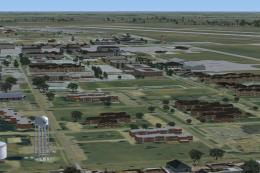 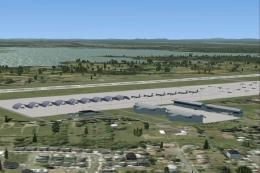 Fantastic work. Now that many of us have thousands of dollars and some wth thousands of real flight time actually have a site to fly in again now tha Gamespy has dropped out of the picture. Sites like this that offer the very best of quality payware and freeware is fantastic. Id say for bill gates ,Its one hell of a present toleave the flught sim community something we could improve upon with time. A legacy. That site for unlimited quality flying is 23.255.207.47 ms flight. We run on teamspeak3 which uis easy enough to download and you don't need a mike or headset from what ive experienced. Nice crew. Finally, a good group of websites with products and flight. Thank you flyawaysimulation and my fellow realife and sim pilots , Happy New Year. Oh, Im home and pensioned.. Semper Fidelis

Have airbase installed however, their are no aircraft on the base.