This is a pack dedicated to the FSX Vietnam War project, including 28 airports, airfields, and airstrips used by Air America during war in Laos , from 1961 until 1974.

What's new:
Pakse and Vientiane airports and Long tieng airfield looks like they were in 1969.
26 airstrips in photoreal / handcrafted ground textures.
Revised landclass for the Bolovens plateau.
Additionnal sceneries. You haven't seen them ? They are here ( Easter Eggs Help )

About airfields versions used in the Vietnam War project: All previous Lima sites from the Base pack project are redone and more than 12 Lima Sites added.

Airfields lengths and emplacements are realistics, please refer to Documentations and sources.

Notam : due to their peculiar configurations ( slopes..), many airstrips AFCAD files are reduced only to a localization point

Very Important : for the best display, and much more realism, please use adaptated meshes (FSX defaults don't represent the reality).

In some cases, without the SRTM West Asia meshes, you will find floating or misplaced objects (i.e. LS04 Kiou Kacham).

Unzip archive in a temporary folder.

2 – Copy / Paste the folders in your main FSX folder, and confirm overwriting.

Objects libraries : Vietnam War project Lib must be declared above others project sceneries.

Project is not compatible with DirectX 10.

These settings are very important, due to some runways peculiar configuration.

Notam : some airplanes from current FSX world may appear.

We suggest to use in these sceneries following airplanes:

IMPORTANT : Don't remove the sub-folders named AI VnWxxxx from the texture folder, they belong to the statics airplanes objects.

Many thanks to all their great jobs. 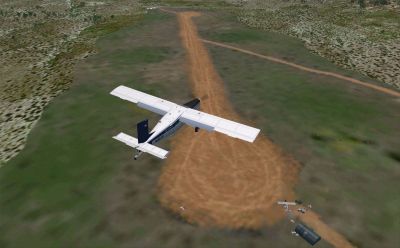 The archive vnw_aa1.zip has 1402 files and directories contained within it.

One of the most dedicated war sceneries for the FSX program. This is a must have for anyone that likes a for real simulations. Well done and great ai. Get all of the add ons for this and youll really find yourself immersed.