Northrop P-61B Black Widow WW2 night fighter. The Northrop P-61 is a twin-engine two to three place night fighter. It was designed as a cantilever monoplane with a central fuselage pod, engine nacelles blended into the double booms carrying the double-fin empennage. It had a retractable tri-cy...

Northrop P-61B Black Widow WW2 night fighter. The Northrop P-61 is a twin-engine two to three place night fighter. It was designed as a cantilever monoplane with a central fuselage pod, engine nacelles blended into the double booms carrying the double-fin empennage. It had a retractable tri-cycle undercarriage and was equipped with the radar gear and gun and rocket armament. Update by by Wayne Farrell. 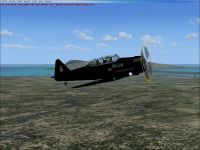 Unzip to a separate folder, i.e. "C:\Hangar", or "C:\My Documents". Rename the "super_tucano_panel" folder to just "panel". Open the aircraft folder in FS2002 and locate your Super Tucano. If there is a "panel" folder in there already, remove it. Now go back to the new panel folder, which you just renamed, right click, cut, and paste the folder into your Super Tucano's main folder. If you're sure of what you're doing, you can delete the file_id.diz, the readme.txt, the .GIF's and the .JPG's. But if you encounter a lot of mysterious problems with the stuff you download, maybe you shouldn't tackle an advanced task like that just now. Let's just leave it, you've got a huge hard drive anyway. Now go fly and enjoy!

WHERE TO GET SOME GREAT AIRPLANES!

But Tucanos aren't the only terrific airplanes there! Be prepared to spend some time on that site, these guys are artists! 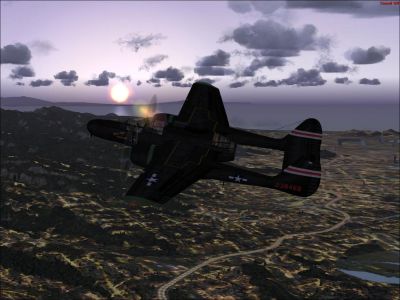 The archive p-61b.zip has 71 files and directories contained within it.

Right now I'm downloading the P-61 I know that everything I download is QUALITY I only had one problem and it was my fault, and I relatively don't download much but, if you do I will give you a short list of some of the time!!!!