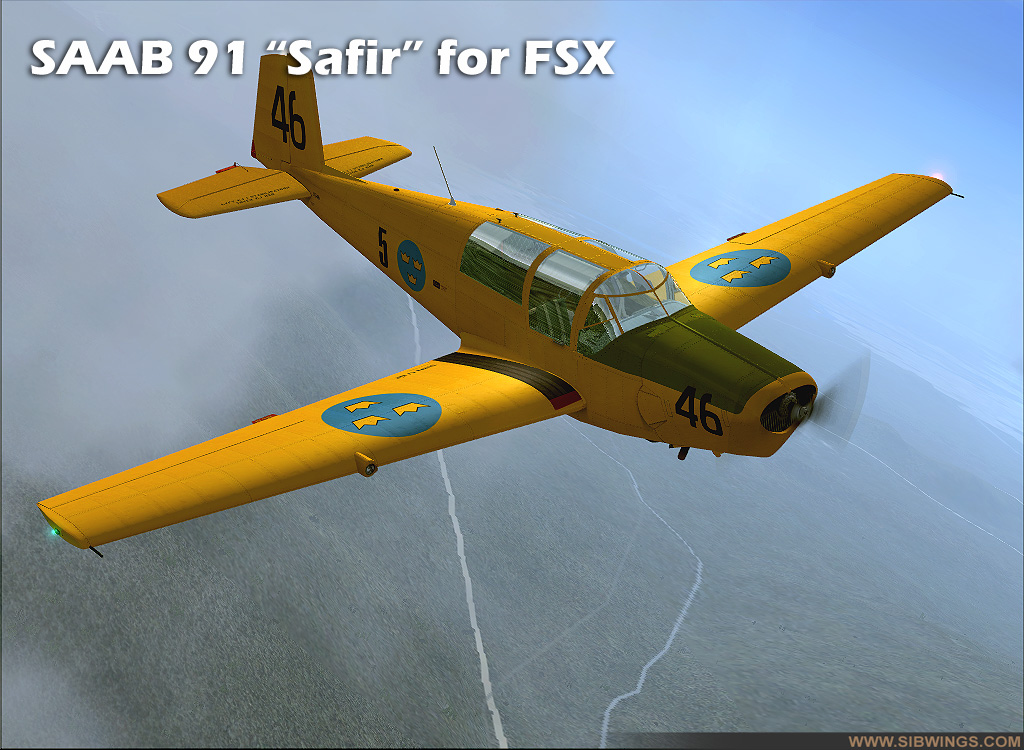 "Simply put, this is one of the best add-ons I have ever flown." Available to download now is a really lovely aircraft for FSX and FS2004 developed by the Swedish SibWings team - the SAAB 91 Safir.

The name may not be familiar to all of you, but we can guarantee that you'll be impressed by the quality of the virtual cockpits and the overall modelling of this Swedish gem.

The Safir is supplied with a very comprehensive PDF manual and comes in four different liveries, both military and civilian. Each of the four models has a dedicated custom virtual cockpit, and pilots will feel so at home in the VC that no 2D panel is included.

If you want to experience a unique aircraft and are a connoisseur of the very highest quality flight sim aircraft, then step in to the Safir!

A British company, based in Huntingdon, Just Flight has been established for over twelve years. It prides itself on quality, value and customer service, which it backs up with a unique money-back guarantee on all its products.

Aeroplane Heaven is one of the world's top developers of virtual aircraft. The team design and create award-winning virtual models of classic aeroplanes for a wide range of uses including film, television and flight simulation. For Microsoft's Flight Simulator, AH specialises mostly in building vintage warplanes and trainers from the 1930s and 1940s. Very few other developers specialise in the high level of authentic detail to be found in an Aeroplane Heaven production.

Based in Australia, Aeroplane Heaven was established in 2002 and has since developed a large range ofproducts including Just Flight's highly successful Tiger Moth, Spitfire and Lancaster releases and the Battle of Britain package for Combat Flight Simulator 3.