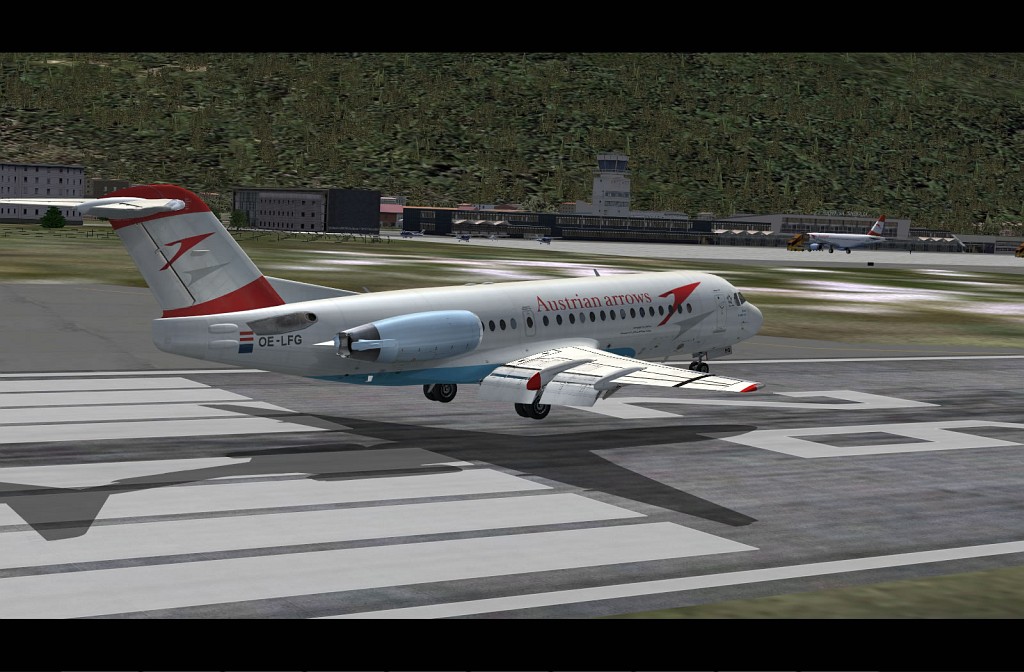 Flight One Software, in partnership with Digital Aviation is excited to release Digital Aviation's Fokker 70-100 Simulation featuring the Fokker 70 and 100 jet airliners. This product is simultaneously released for both FSX and FS2004.

The main goal for this product is to simulate every system in the Fokker 70 and 100 aircraft. Four years of development so far have made this one of the most advanced simulations to date. This plane must be flown very much like the real world version that is flying with many airlines today.

Please note that currently this product is released only with 2D panel configurations, so therefore we consider this an "Early Adopters" version. There is no virtual cockpit in this release, as development has focused highly on the aircraft and flight modeling systems. Also, the FSX version is not compatible with the DX10 preview setting. However, Digital Aviation understands the desire for virtual cockpits and DX10 preview compatibility, and they are working on an updated FSX DX10 compatible model now with VC, as well as a VC version for FS2004. These would all be a free update to all Early Adopter purchasers should it become available.

All early adopters can get the product now for $49.95 USD. The price will go up to the regular price for any virtual cockpit/DX10 compatible version. So if you get the early release, you would not have to pay the higher price later. Also, the FSX and FS2004 version can be had at a single price. You can buy one version you get the other for no additional charge.

Why was an Early Adopters version released? This product has been in demand for some time now, and because of this, it has prompted us to release this version instead of waiting additional time for the new model features. We feel many will be glad that this version is now available.