Being able to visit various unique parts of the world is, without a doubt, one of the most positive parts of using a flight simulator. It makes travel in general much easier, and also allows you to see parts of the planet that you have never visited before in the past. To avoid this problem and make sure that you can easily find the locations that you want to visit in the world, you will need to rely upon scenery updates and add-ons to get it right.

Naturally, these projects will help improve the overall shape and composition of your simulator – and this latest package from Island Sim will do just that. It manages to capture the elite patterns and shapes that every good scenery package adds to the equation, as well as managing to capture each and every aspect of the real thing.

Taoyuan International itself is a well-respected airport, and has changed dramatically since its days when it was known as Chiang Kai-Shek International Airport. It’s the major international gateway for entrances and exits from Taiwan, and is located a mere 40km west of Taipei City. The area itself is massive and the surrounding area help to paint the picture of Taiwan as a bustling, thriving country with an extremely rich and detailed future ah dot if. The airport stands as a testament to that, acting as the primary international airlines for both China Airlines and EVA Air, alongside TransAsia, V Air and TigerAir Twaian. This means that this airport act as the main home for many different aircraft and many different brands, making it incredibly easy to work the whole thing exactly as you had planned.

The airport acts as a key place for freight and transport to make its way out of, with 35m and 2.8m kg of freight being carried through here as of 2014. This massive range of transport coming through means that it stands as the 11th largest passenger international airport in the world, and the 5th largest freight traffic airport.

The massive ranges of people coming through here are from all parts of the world, although nearby nations tend to use this regularly thanks to the connection it has to the rest of the continent. Large Chinese, Korean and Japanese firms use this airport on a regular basis to get themselves back home, such is the connection that Taoyuan International has with the world around it.

At the time of writing, this airport has two main terminals with various gates open for people to come to and from. The second terminal was first opened 21 years after the first terminal, and was eventually upgraded and improved. There are currently plans to include another stage of development for a third terminal, which could see the airport increase by a further 45m passengers by the year 2020. This is a forward thinking airport that has improved and grown massively over the years, and is now openly established as one of the most important airports in the whole of Asia.

More than 50 airlines operate from here today, with different names and carries regularly utilizing the services on offer here to make sure that they can continue to grow and improve as much as they possibly can, making sure Asia always has its open gateway to allow for easy, simple access into the continent.

As far as development and change goes, this airport holds a rich and unique history that has seen it continually grow and improve over the years – now, it stands as one of the most important locations on the planet.

Island Sim tend to create a wide range of awesome features for use with various flight simulators, making it easy and simple for things to work out as you had originally planned. This allows for simple and effective development of unique projects that you can enjoy for years.

If you wish to pick this package up, you can do so directly from HERE. Simply click on the link, start up the process and add in what is needed to get the scenery download to your machine immediately. 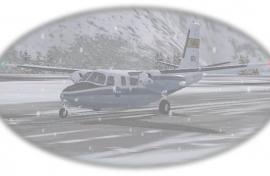