Buffalo Airways is a family tradition airline based in Hay River, Northwest Territories established in 1970 by Joe McBryan, also known as "Buffalo Joe". It operates scheduled passenger and cargo, charter passenger and cargo airline services and fire fighting and fueling. The airline is the sub...

Buffalo Airways is a family tradition airline based in Hay River, Northwest Territories established in 1970 by Joe McBryan, also known as "Buffalo Joe". It operates scheduled passenger and cargo, charter passenger and cargo airline services and fire fighting and fueling. The airline is the subject of the reality series channel Ice Pilots NWT Canadian history. The company's flagship aircraft are Douglas DC3 and Curtiss C46. This repaint uses the work done by Manfred Jahn and colleagues to pay tribute to this unique company. By Jose Antonio Lopez R.

Side view of Buffalo Airways Basler BT64 in flight.

For detailed flying tips, the official Basler leaflet on the BT-67, a Polar 5 flyer of the Alfred Wegener Institute, and instructions on how to operate the Garmins consult the PDFs and DOCs in subfolder "Documentation" - "Flying the BT- 67 in FSX.pdf", "Basler_BT-67_Brochure.pdf", "AWI_Polar5.pdf".

VC switches usually act on both left and right clicks. Side windows, upper window, sunshade, pilot's yoke, overhead spotlights, call sign, wipers, and pilot's clipboard are clickable and functional - go ahead and see what they do.

While this model has no main 2D panel as such, there is a Fuel and Payload popup, a Control Panel popup, and a Fuel System Control popup. Display proportions and legibility of these windows depend on the size of your monitor. The release default setting assumes a 16:9 monitor, but you can adjust this by activating one of the alternatives provided in the panel.cfg.

The VC throttle, propeller and condition levers can be linked by middle- clicking any one of them. To unlink, middle-click again.

When troubleshooting engine problems, check gauges on the "Control Panel" popup and consult Appendix E of the Manual for error messages and tips.

When operating the ski model on the ground do not be alarmed if the skis scrape along hard surfaces producing sparks, it is an expected effect. Note, too, that when you land the ski model on a snow-covered surface, your brakes will be inop. Use prop reversing (F2) instead, checking gauges and/or the visual appearance of the prop discs to verify that the effect is taking hold.

The archive baslerbt67_buffalo_airways.zip has 232 files and directories contained within it. 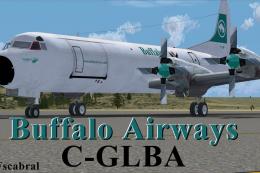 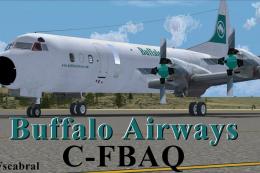 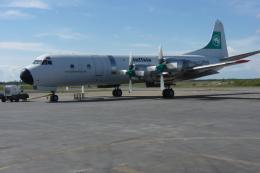 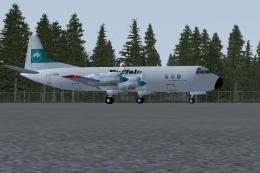 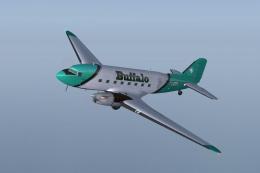 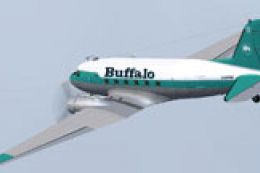 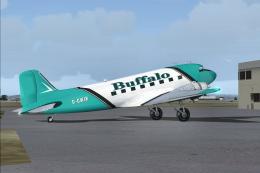 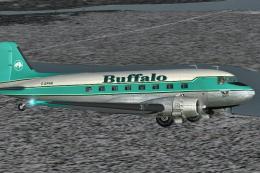 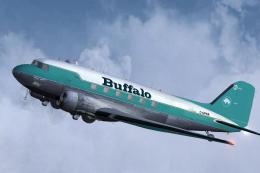 I really enjoy to fly this very good add-on, delight in all maneuvering, and with an impressive realistic effect of propeller speed, especially at starting and shutting off engines. Congratulations!

I copy pasted my FSX effects folder from a backup. Everything is working just fine. Including this plane. I went to the forum they suggested I try that and it worked. The forum is very helpful. Thanks!

I am always looking for prop planes with skis. So I thought I would give this a try. The graphics are great, the flight dynamics are good too. Only problem is the effects. It messed up the smoke effects and the contrail effects for FSX. The black smoke effects are black squares. The contrails instead of being white are black. Is there any way to fix this? So sad. Thanks in advance for any help. I have had this occur only one other time doing countless downloads from this website.