The Fokker Dr.I was a legendary aircraft that first took flight in 1917 and was a huge German advantage during WW1 compared to allied aircraft capabilities.  The aircraft began the first "dogfights" as we know them today.  Built in Germany by Fokker and designed by Reinhold Platz, the aircraft was ahead of its time.  The closest the Britsh had (comparable) was the Sopwith Triplane - and some say this was designed to advance on the threat that it posed.

This model created by mykrode captures this iconic aircraft in stunning detail for MSFS and while basic, you have to remember the real-world aircraft was very basic too.  The aircraft is a bundle of joy to fly within the sim and is responsive, nippy, and exciting.

Many aspects of the real-world aircraft have been included including gun turrets and guns, wooden propellers, radial engines along with animations in and around the aircraft.  You really won't be disappointed with the attention to detail the developer has gone to when crafting this mod - even with the short timescale, it was achieved.

We expect the developer to continue releasing updates so be sure to bookmark this page to receiver the latest versions as they become available. 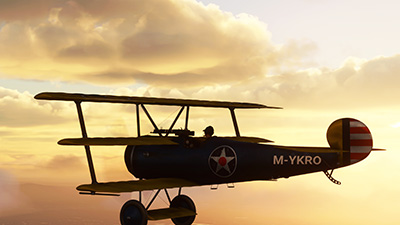 The developer (mykrode) stated that they "felt like flying some WW1 aircraft" in MSFS 2020 but realized there weren't that many (if any) available so create some of their own!  This project was another "1-week challenge" which included modeling, painting textures, animating, and tweaking the flight model.

The developer has stated they loved and enjoyed making this 3D model along with its flight model and hopes the freeware community will enjoy their release along with the textures provided.

From what we know about aircraft development (and from comment feedback) this developer really grinds down on a project and produces some fantastic stuff (within a week!) - many users comment on how much can be done in such a short time - and we commend the developer for the work.

The developer also states, "It was quite a challenge finding consistent reference imagery and performance figures as this aircraft was built during aviation's infancy. Working within the SDK's limitations on airfoils, etc... I managed to put together a relatively close simulation of the aircraft's characteristics."

The pack features a complete 3D base model along with a fully animated 3D virtual cockpit (VC) and pilot as well as six different repaints for this aircraft.  More repaints are available and you are welcome to create your own.

Six liveries/repaints are included in the base pack.  The liveries included with this Fokker DR.1 mod are listed below;

Changes to the model/mod are listed below.  When the developer releases new versions, we will also announce the changes here.

You can follow their updates for this project and their new eVTOL project on their Discord server.

Donate to the Developer

You can donate to the developer's projects via PayPal here.

The archive dr.1-msfs-new.zip has 214 files and directories contained within it. 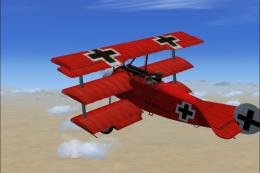 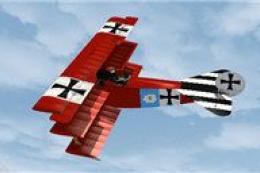 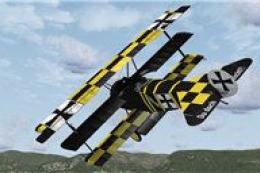 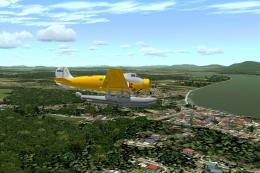 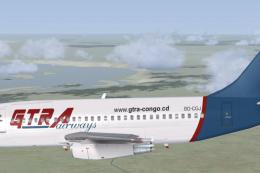 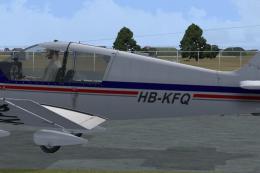 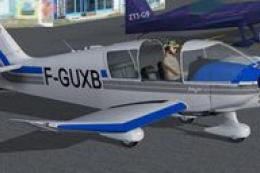 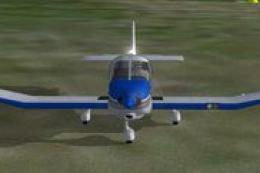 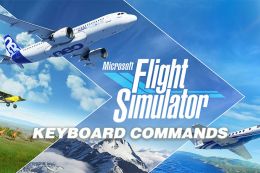 Can not get this to load into MS2020. If you can help, thanks. George

What and where is the answer? Please?

What do I do after unzipping the file?

Sorry to ask and if you can help please do.

I add the Plane to the Simulator's Community folder and it doesn't recognize it when I open the simulator. Thanks.