Qatar is to become a new customer of the 777. This is the second in a series of repaints I am doing to keep up with 777 orders. Handpainted in 32-bit textures. Photoreal tail, engines and fuselage. Enjoy!

Air Canada 777-300ER Virtual Cabin- I know they cancelled, however I want to finish what I started
Remake of Saudi Oger 777
Remake of Mid East Jet 777
Air Algerie 777 fleet- both aircraft with the two registrations they shared

"THIS AIRCRAFT HAS ONLY BEEN TESTED WITH FSX"
Aircraft Type:Boeing 777-300ER Qatar Airways 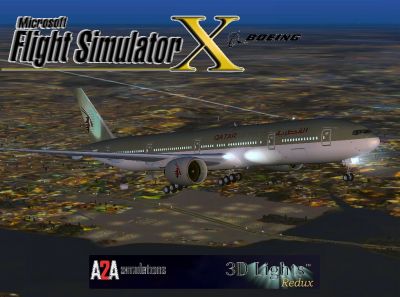 The archive qa77fsx.zip has 140 files and directories contained within it.

Is thi have working vc Is autopilot working???