Korean Airlines Airbus A330-223. Textures only of Korean Airlines with registration HL7538 for Thomas Ruth's A330 model (TOMA332B.ZIP). The engines and other detailes haves been carefully touched up for added realism. Repaint by Sean Kneppers.

Korean Airlines Airbus A330-223. Textures only of Korean Airlines with registration HL7538 for Thomas Ruth's A330 model (TOMA332B.ZIP). The engines and other detailes haves been carefully touched up for added realism. Repaint by Sean Kneppers.

1. Place the 'Texture.KAL' folder into your Flight Sim X directory, under ...SimObjects\Airplanes\TOM_A330-200
2. Open the aircraft.cfg file and paste the following text into the file after the previous aircraft repaint, ensuring to replace [fltsim.xx] with the next number in sequence, e.g. [fltsim.9] 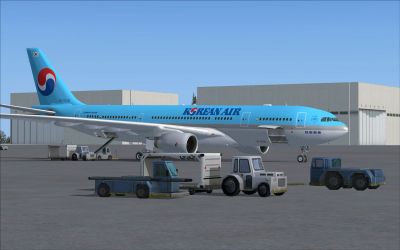 The archive a332kask.zip has 34 files and directories contained within it.