"THIS AIRCRAFT HAS ONLY BEEN TESTED WITH FSX"
Aircraft Type: Boeing 747-400 China airlines

The new lights put more reflection onto the wings, Aircraft, Engines, and Ground then the originals. There great and more realistic. For both FS9 & FSX. 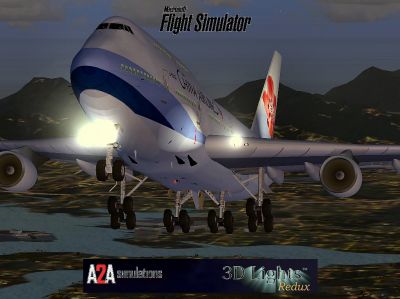 The archive ca74fsx.zip has 134 files and directories contained within it.