Airbus A320 Shenzhen Airlines B-6550 Pack Project Airbus A320 Shenzhen Airlines B-6550 "City Of Lushan" Complete Package for FSX (Model has already been updated). Texture by He Lingyuan from China. Panel, Sound & Virtual Cockpit are taken from the default A321. Operation Manual by Project Airbus Team is also included.Note: There is a known view problem when using Virtual Cockpit,see NOTICE.txt. By He Lingyuan. 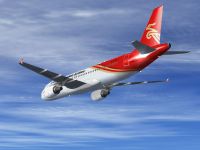 Notice: There is an unknown factor leading to inproper view when using virtual cockpit,it is necessary to press Ctrl+Backspace to move eyepoint forward.

For now, we hope you take your time at enjoying our current recreation.

Special thanks to our guest painters and all who helped in the completion of this project?
Ben Jones
Dickson Chan
Jaco du Preez
Sheldon Fernandes
Terence Pereira 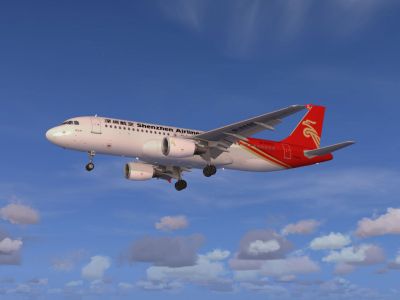 Airbus A320 Shenzhen Airlines B-6550 with landing gears down.

The archive fsxpa320csz.zip has 60 files and directories contained within it.