Mooney Acclaim G1000 N103DX. A repaint only for the stock FSX Mooney Bravo with the G1000. This is a real world repaint of N103DX which is the first Acclaim Type S delivered. These are high resolution DDS textures and will only work in the FSX Deluxe Sim Gamepack. There are optional camera definitions, panel files and mods to the aircraft.cfg to better simulate the Type S cruise speed and climb performance. By Zane Gard, Jr. 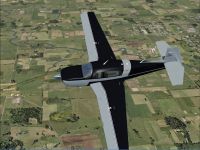 This is a repaint only for the stock FSX Mooney Bravo. This is a real world repaint. These are DDS textures and will only work in the FSX Sim Gamepack. By Zane Gard, Jr.
[INSTALLATION INSTRUCTIONS]

[fltsim.XX] <--------------------------CHANGE TO NEXT NUMBER UP IN ORDER WITH
title=Mooney Bravo N103DX
sim=Mooney_Bravo
model=G1000
panel=G1000
sound=
texture=N103DX
kb_checklists=Mooney_Bravo_Check
kb_reference=Mooney_Bravo_ref
atc_id=N103DX
atc_id_color=0xffffffff
ui_manufacturer="Mooney"
ui_type="Acclaim Type S"
ui_variation="N103DX"
ui_typerole="Single Engine Prop"
ui_createdby="Microsoft Corporation"
description="Mooneys are built to go fast. A focus on speed seems natural for a company that at one time offered a plane powered by a Porsche engine. Although the partnership with the Germans didn't last, Mooney's commitment to speed certainly has. In keeping with this idea, Mooney has experimented with a number of "big engine" models. The Acclaim Type S is Mooney's fastest\s with 280 hp all the way to 25,000 ft, the Acclaim Type S can attain speeds up to 242 KTAS, making it the fastest single-engine airplane currently produced." 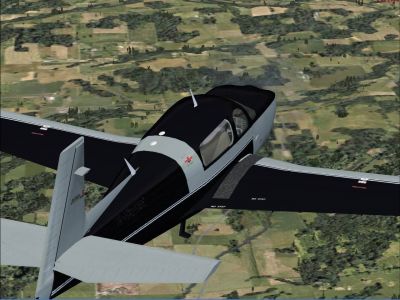 The archive n103dx.zip has 29 files and directories contained within it.