EE Canberra WT729. This is a repaint of Alphasim's FSX English Electric Canberra as WT729. Textures only. By Henry William. 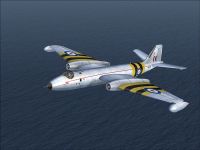 B) Copy and paste the "texture.729a" in the folder where you have the Alphasim Canberra Usually this path:

[fltsim.xx]
title=ALPHA Canberra B2 3 729
sim=ALPHA_Canb_B2
model=
panel=
sound=alias=\Hunter FGA9\Sound
texture=729a
KB_checklists=canberra_check
kb_reference=
ui_manufacturer=English Electric
ui_type=Canberra B.2
ui_variation=WH729
ui_typerole="Bomber"
ui_createdby="AlphaSim Ltd"
description=© ALPHA Simulations 2005\n\nThe English Electric Canberra was first flown in 1950, and yet there were still versions of this fine aircraft in service at the outset of the 21st century. An excellent design overall, the type was also adopted and manufactured in the United States as the Martin B-57. A large number of variants were produced, including high-altitude reconnaissance, attack, nuclear strike, night interdiction, and trainers. The type was initially intended to fly very high and fast and was thus equipped with no defensive armament. Several speed and altitude records were garnered by the Canberra in the years immediately following its introduction into service. In 1957, a rocket-boosted Canberra flew to over 70,000 feet, a staggering altitude at the time.
atc_id_color=0x00000000
atc_heavy=0
atc_id_font=Verdana,-11,1,600,0
visual_damage=0
atc_id=WJ861
atc_airline=
atc_flight_number=
atc_parking_types=MIL_COMBAT 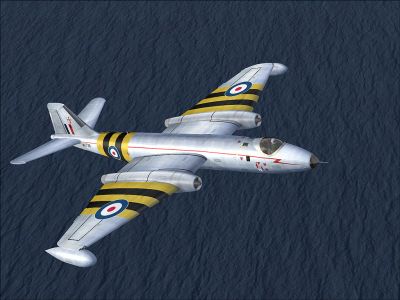 The archive canwt729.zip has 21 files and directories contained within it.