MS760 Paris N°32 Armor Aero Passion 2003. A repaint of Tim Conrad's MS760 Paris (MS-760PARISJET.ZIP). This plane is the only MS760 currently flying in Europe. A former French Navy machine, it has been brought back to flying condition by a team of enthusiasts in 2003. It is shown here with its new "warbird" livery which differs in many respects from its original Navy markings. Repaint by Michel Gerard.

This is a repaint of Tim Conrad’s MS760 Paris (file names: ms760.zip + MS-760_FIX_KIT.zip on SimOuthouse). This plane is the only MS760 currently flying in Europe. A former French Navy machine, it has been brought back to flying condition by a team of enthusiasts in 2003. It is shown here with its new "warbird" livery which differs in many respects from its original Navy markings.

Installation is quite straightforward. Extract all files with the "Texture.F-AZLT" path in this archive (making sure that "using folder names" is ticked) to your FSX\SimObjects\Airplanes\MS-760 installation folder, and everything should go to the right place. 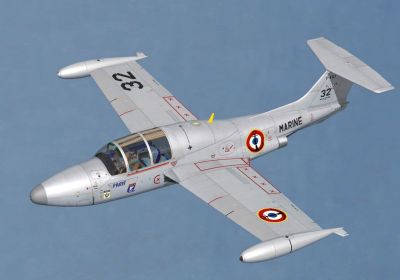 The archive 760_azlt.zip has 29 files and directories contained within it.