V-Speed Gauge. A V-speed gauge that when installed into an aircraft panel will calculate the V1, V2 and V3 take of speeds for civilian aircraft, regardless of load or flap settings. The readout will be displayed in an easy to read format in the 2D cockpit, and also includes aural sounds for 80 kn...

V-Speed Gauge. A V-speed gauge that when installed into an aircraft panel will calculate the V1, V2 and V3 take of speeds for civilian aircraft, regardless of load or flap settings. The readout will be displayed in an easy to read format in the 2D cockpit, and also includes aural sounds for 80 knots, V1, Vrotate, and V2 speeds, at which point the VSI should show a positive rate of climb. Original gauge for FS2004 by Jacob Larsen (JEL), and modified for FSX by Anthony Eades.

This software is FREEWARE and may not be included in any form of payware!
Freeware-addon designers can include it in their own freeware-addons if they like.

This gauge has been successfully tested on the following type aircraft:

It should work with most standard commercial jetliners.

The auto-calculated Vspeed's depend on the aircraft's air-file, but are not really aircraft-specific as such. The Vspeed-values are average approximations for sim-use only, and are not neccessarily true to the various individual real-life aircraft-specifications.

Using this gauge should give you good clean takeoff's at any weight and fuel-load setting.

The gauge is not for GA-aircraft, military or special-operation's aircraft. Only commercial jetliners (you are free to try it on any aircraft ofcourse, but dont expect it to work properly on others than those mentioned above, although it may.)

How to install this gauge into an FSX aircraft cockpit panel:

Having selected the aircraft where you want to install this gauge, add the following line to the end of [Window00] in the panel.cfg which you will find in the aircraft panel folder:- (Make a copy of your existing panel.cfg first)

(Change xx to the next gauge number.)

Check and make certain you have copied this exactly, including all the commas and full stops - copy/paste is the best option.

Now add a new window below the last existing window in... [Window Titles]
i.e. "Windowxx=JELAIR-Vspeeds" (where xx is the next number after the existing windows.)

Then add the following at the end of the windows listing and before any Vcockpit windows:

Where xx is the same number of the Windowxx=JELAIR-Vspeeds in the windows listing.

Make sure you save your new panel.cfg

The line - "visible=1" - ensures that the v-speed read out is visible when you load the aircraft. If you do not wish to see this you can either then "close" the read out window, or you can change the line in the cfg to read - "visible=0".
This will not change the operation of the gauge except it will not be visible on loading the aircraft. It can still be accessed from the menu bar/views.

Make sure you copy the files to their right locations! You can do this manually.

#1: Copy the files manually. Here's where the files belong:

"dsd_xml_sound3.gau" belongs to the main gauges folder (where you probably have several thousand files located already).

These are the aural callouts. If you want to, you can record you own voice and replace these files.

The gauge should become visible on the left side of the screen, at the top left hand corner.

The 3 values are automatically calculated depending on your aircraft weight, and its flap-setting. The heavier you are, or the more you retract the flaps, the higher the values will become.

V1: This is the 'go/no-go decision' velocity marker. When you reach this speed, during your takeoff-run, you _must_ continue with the takeoff even if you get an engine-failure.

Vr: This is the 'rotation' velocity marker. At this speed you should begin pitching the aircraft-nose up.

V2: This is the 'minimum safe takeoff-speed' velocity marker. At this speed the aircraft should produce enough lift to be able to climb at a safe pitch-attitude.

When you are cleared for takeoff and begin rolling down the runway, the following should happen:

At 80 knots indicated airspeed the co-pilot will say "80", at which time you should cross-check that your IAS-dial also reads 80 knots.

At V1-speed the co-pilot will say "Vee one", at which time you can nolonger abort the takeoff, but _must_ get airborne (even if an engine should fail)

Shortly after V1-speed the co-pilot will say "Rotate", at which time you pull the yoke-column back towards you to raise the nose of the aircraft.

At V2-speed the co-pilot makes the V2-speed call, and the VSI should show initial positive climb.

The co-pilot will call the V-speeds on every takeoff, and not just the first. However, the gauge must be opened atleast once before it becomes active. The gauge does not have to be visible for the aural callouts to work (at the pre-flight checks you can open it, then close it again, and that will be enough to make the co-pilot do the callouts during takeoff).

That was the user-manual in brief :)

Modified for FSX by Anthony Eades

The archive fsx_jelair04vsp.zip has 24 files and directories contained within it. 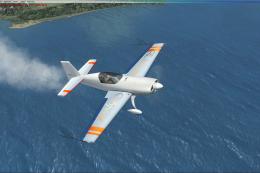 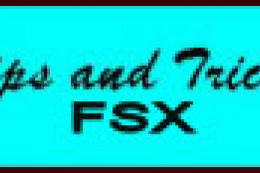 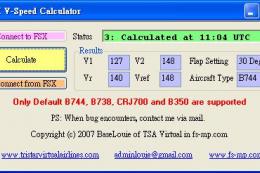 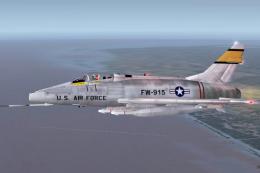 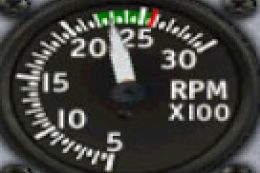 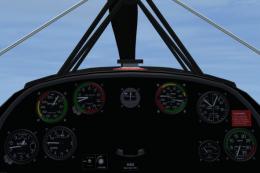 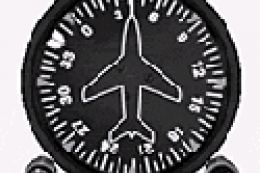