Gee Bee Z From The Film "Rocketeer". Repaint only of a Gee Bee Z by Warwick Carter. This version as seen in the film "Rocketeer" coming in at the end of the movie as gift from Howard Hughes to the Rocketeer, Cliff Secord. Documentaion was slim enough was found to make this as accurate as possible...

Gee Bee Z From The Film "Rocketeer". Repaint only of a Gee Bee Z by Warwick Carter. This version as seen in the film "Rocketeer" coming in at the end of the movie as gift from Howard Hughes to the Rocketeer, Cliff Secord. Documentaion was slim enough was found to make this as accurate as possible. All scallops and details are different from the famous yellow version and are as shown in the film. This repaint requires the file GEEBEEZ4.ZIP. By Paul Grubich.

Screenshot of Gee Bee Z From The Film "Rocketeer".

Rocketeer version Gee Bee model Z made for the movie " The Rocketeer". This plane is shown at the end of the film and although there is very little documentation left I did manage to find enough to make this skin as accurate as possible.

To install:
You have already unziped the main folder and now look for a folder named "texture.Rocketeer" - put this folder into your "GeeBee_model Z" folder located in the "Airplanes" folder in your main FSX folder. This is the file structure to find the GeeBee_model Z file; Microsoft FLight Simulator X/SimObjects/Airplanes/GeeBee_model Z.

You will also need to copy the following text into the "aircraft" CFG file also located in your "GeeBee_model Z folder". Open it with notepad and copy/paste the below text just under the first section named [fltsim.0] and ending with "atc_id_font=Verdana,-11,1,600,0" Make a space after the last entry "atc_id_font=Verdana,-11,1,600,0" and paste it there. This will add the new texture to your FSX plane list for selection.

Thanks to Warwick Carter for this great aircraft and for permission to paint it. And as Mr. Carter request please do not add this to any payware uploads as this is free to use and must remain so.

The archive geebee_z_rocketeer.zip has 41 files and directories contained within it. 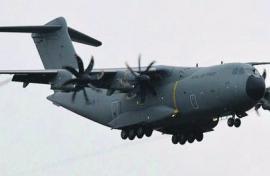