Supermarine Spitfire MK IA Prototype K5054 - Farnborough, September 1939. Repaint for the A2A Simulations WoP3 model showing Spitfire K5054 in the RAF Type A camouflage it wore through 1938 and 1939 in its ongoing role as a test aircraft. On 4 September 1939, the day after Britain declared war on Nazi Germany, K5054 crashed at the Royal Aircraft Establishment Farnborough and was written off the register. Textures by Grant MacLean/A2A Simulations.

2. Move the folder TEXTURE.K5054-3 to the WoP3_Spitfire folder in the FSX Airplanes folder.

With thanks to Martin Catney for his great textures and paint kit, and to the Spitfire Prototype website. 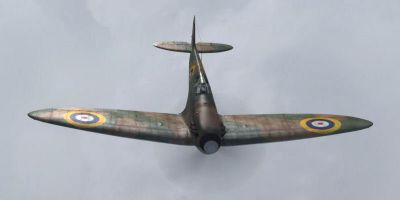 The archive spit1-3.zip has 15 files and directories contained within it.