Coming soon from Just Flight is the Airbus A400M Airlifter. Scheduled to fly in 2008, the A400M will be used by the RAF as well as the military in other European countries. For more information, click on Read More.

Just Flight is pleased to announce that it will be publishing Wilco’s A400M Airlifter and release date is set for 12th May 2006. Just Flight has exclusive distribution rights for this innovative Flight Simulator 2004 expansion in the UK, Eire and Nordic territories.

The A400M is the next generation of military transport aircraft. It is being built by Airbus and is scheduled to fly in 2008. It will be used by the Royal Air Force, as well as the French, German, Spanish and South African military. This simulation of the A400M has been developed by Wilco and will give flight sim enthusiasts the chance to fly the transport of tomorrow! 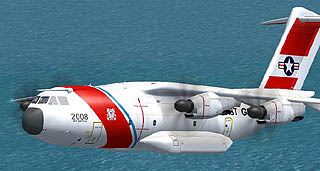 A British company, based in Cambridge, Just Flight has been established for ten years. It prides itself on quality, value and customer service, which it backs up with a unique money-back guarantee on all its products.

Hello, I have a boxed version of A 400 Airlifter which I purchased some time ago from just flight. It was for 2004, it says Flight Simulator x which I am now using on the box but it will not download. Do I need a upgrade. Regards