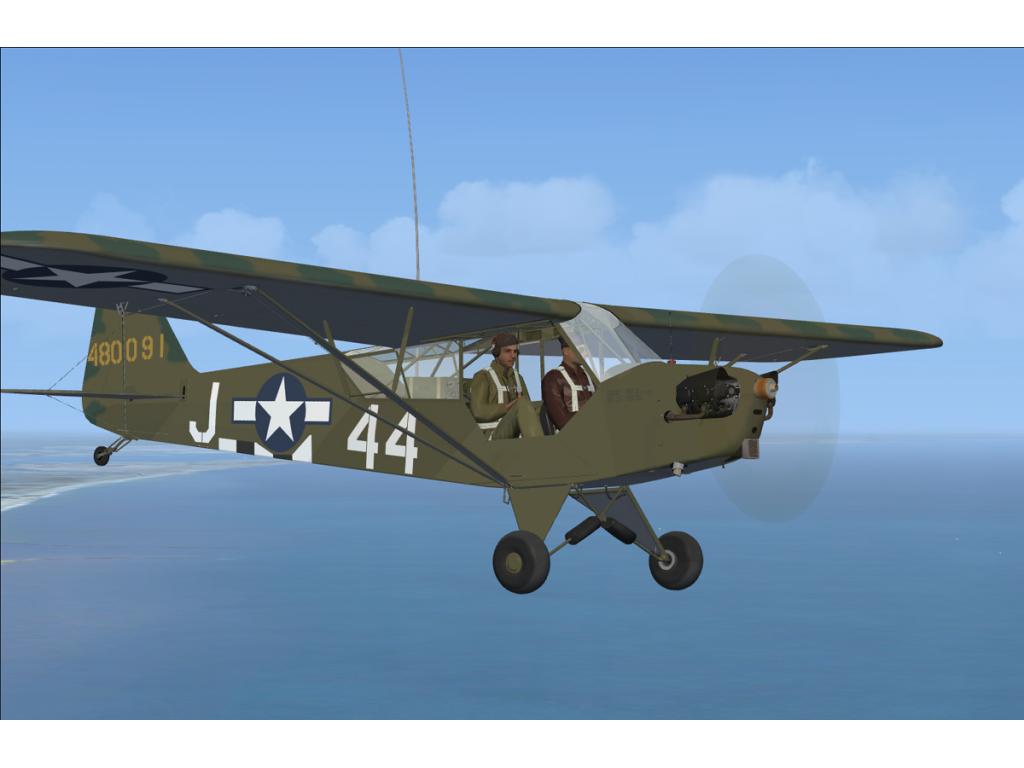 "The L-4 Grasshopper was one of the smallest aircraft of WW2, and it had neither weapons nor armor. Nevertheless, it has been claimed that a single L-4, directing the firepower of an entire Division, could bring more devastation then any other aircraft of that period.More than 2,700 served with the Field Artillery, and of these nearly 900 were lost through enemy action or in accidents. Of those that survived the war, about 150 were shipped back to the US, most of the remainder eventually being sold to civilian purchasers in Europe. More than 60 years later many of these are still flying with, in recent years, an increasing number being restored to their original military configuration and markings. A truly remarkable 'warbird', long to be remembered." (Ken Wakefield)