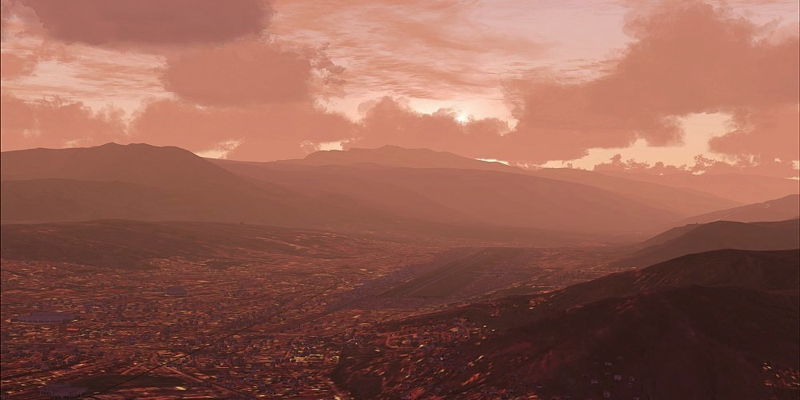 Cuzco or how is also formally known today as "Cusco" is one of the most important cities of Peru and is the historic capital of the Inca empire, it is also the historical capital of Peru designated by its constitution. The city is located in the Andes mountains and its elevation is above 3.310 metres or 10.860 feet above sea level.The city is nearby the ancient historical symbol of the Incas, Machu Picchu which is about 80 kilometers from Cusco, which became one of the New seven wonders of the world back in 2007.

About the airport: This airport has a visibility restriction and only operates during daylight due to the requirement of a visual approach to land. The aircraft operate mainly in one direction of flight in and out of this airport, they land on runway 28 and depart on runway 10. During weather situations in which no visual approach can be made the airport is closed until the weather gets better. No pilot dares to land with an overcast sky into an airport completely surrounded by mountains and no precision guidance navaid in order to assist for the landing. Therefore all landings conducted are SOLELY visual, and strict VFR rules apply. American Airlines (AA) briefly operated in this airport in the late 90's and the word out there was that they kept doing miss approaches having difficulties with the approach, so it is widely known to be an airport dominated by veterans of the Cuzco approach, mainly Peruvian pilots or Andean pilots that know how difficult it is to have such restrictions. This is certainly the Madeira or the Innsbruck of all Latin American airports, it would be wise to say that this one is harder due to the lack of a precision approach. And by the way the largest aircraft permitted to operate here is a B757-200, however, anything bigger than a B737-200 needs government approval.

In this scenery package you will have: