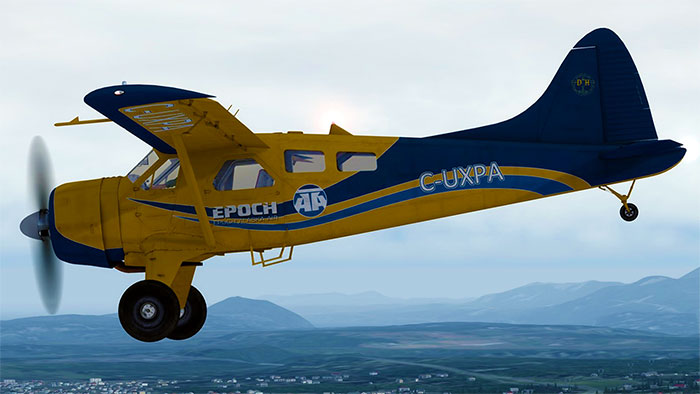 In the late 1940s, the world was in need of an aircraft that was fast, sturdy, reliable and versatile. Eventually, the call was heard in the form of the DHC-2 Beaver. A truly diverse aircraft, the Beaver seen over 1,600 of its model created in a 20-year span, and in that time it established itself as one of the dominant aircraft of its kind.

Capable of handling the freezing cold as easily as it could cope with the arid desert sands, the Beaver was, like the name of the animal it’s named after, extremely resilient.

The Beaver in flight.

Now, flight simulation fans can get a chance to try out the Beaver in all of its glory. This creation by Milviz brings to life the classic old aircraft, allowing everyone the chance to see what makes it such a reputable member of aviation history. Not only was it an aircraft that quickly became popular across the globe, but it left a lasting mark on the very industry itself.

Indeed, it was honored as one of the best Canadian engineering achievements of the previous century. That says a lot when talking about one of the most ingenious and inventive nations in the world. To this day, you can still see the Beaver in its iconic shape and style fluttering around the skies of the world. It’s still used for safe and stylish passage from one part of the world to the next. It’s nimble nature and dainty style means it makes a natural pick for tough flights into cramped or outdated technology, making sure you can get closer than ever before to where you would have expected.

For those tough airports that just feel too tough to take in on a bulkier flight, the Beaver offers a chance to finally visit.

This take on the Beaver carries exceptional detail and care in just about every aspect of the model. Not only does it have a huge level of detail across the whole design, but it’s exceptional textures and detailed 3D model ensures that it can be enjoyed and appreciated by all.

The interior and exterior share the same attention to detail, bringing to life a very important aircraft and ensuring it feels like a release introduced in 2017. Animations are smooth and clearly visible even on lower framerates, while everything inside moves and reacts to the decision that you make at the cockpit. 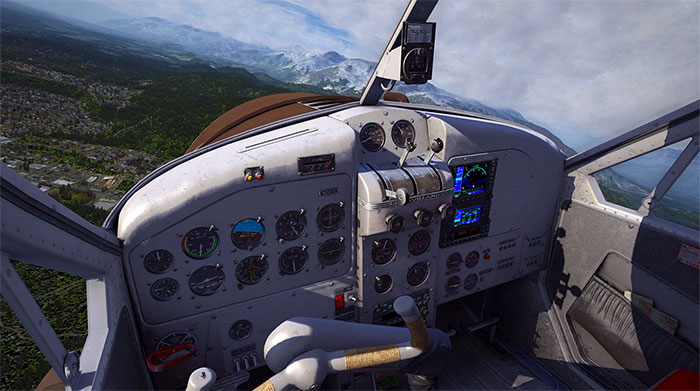 This is a hugely impressive take on the Beaver and should be a must-try for anyone with a passion or a positive memory for this particular aircraft. from the chocks and tie-downs to the cold cover and central locks, this brings to life all of the little things that, when seen together, creates the ideal fusion.

Not only does this provide users with a really deep and impressive layout – it’s very functional, too. it’s got a very immersive feeling to it, with sub-systems emulated far beyond their usual credentials. This also has a much greater level of natural interaction as one part of the plane works in tandem with another. By creating the kind of synergy inside the cockpit that the Beaver is so famed for, you can feel every part of the aircraft coming to life and operating in the manner needed.

From the way, the electrical system in this classic works to how the aircraft deals with icing, many features are introduced that usually would not be included. Icing causes huge performance issues and this can become a major problem, potentially making a poorly managed flight fatal! 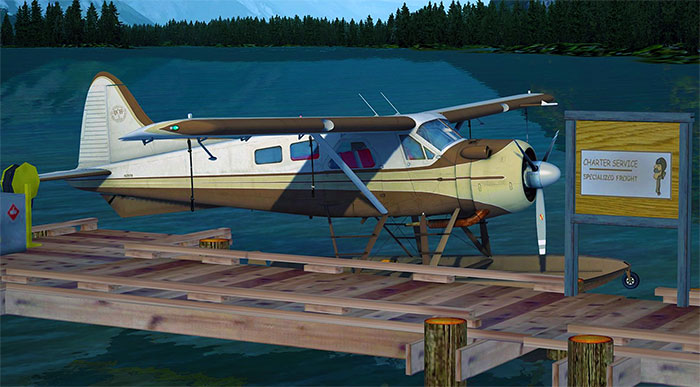 From incorrect readings to instruments dying out due to the cold, this is a fantastic representation of the realistic challenges aircraft once posed to us.

Lastly, the versatility of the Beaver shines through here in some style. It can be configured for everything from standard wheels to amphibious floats and skis. It’s got all the features one would expect if they were trying to fly a self-confessed vehicle of versatility.

From the new fuselage models to the improvement of the rear windows, this helps to produce a much-improved facility for you to enjoy. Simply choose the style of load-out that you want to fly with, and take off into the skies.

The ideal take for any FSX/P3D users who want to see what classic aviation must have felt like.

You can hop over to the official Milviz site for more information on this product for FSX/P3D (including v4). Users are probably aware, the Beaver is included as one of the default FSX aircraft - we have a selection of repaints in the file library - you can start by looking here.