Default AI is very high and with the addition of user AI can make for a very busy airport. Trying to improve the traffic flow at CYVR is made very difficult by the basic layout. There is virtually one main taxiway to serve both runways from the parking area which makes the efficient movement of AI aircraft an almost impossible task without changing or adding new taxiways. As this would completely destroy the character of the airport this has not been done but a certain amount of tweaking has been necessary with just the addition of one short taxiway to provide an extra exit from the south runway and a little alteration to the ends of runway 8R/26L to stop aircraft having to cross the runway to reach the takeoff point(26L) or taxi to the end and turn round before takeoff (8R). The GA runway (8-26C) has been lengthened slightly and all GA aircraft up to Dash8 size will be now routed to it for takeoff though those landing from ILS will still use the two main runways as will the small business jets. An extra taxiway has been put in to service this runway which is missing from the default layout and although the view from Google Earth seems to indicate a grass taxiway it has been made concrete and separated from the actual runway in order to accommodate the hold short points. To help the GA traffic flow from the South Terminal area the taxiway has been made two way so that few holdups occur to traffic using the GA runway. Parking has been added and, where possible, enlarged to hold the larger aircraft which frequently use the airport. Airline codes have been added to the parking spots and have been put in the Domestic and International Terminal areas as appropriate. In the South Terminal area airline codes have been added to the parking spots for the smaller aircraft using the airport among them Pacific Coastal, Orca, KD Air and Swanage (Swanage has fictitious airline code SWNB as I couldn't find a real one so your aircraft.cfg can have this added if you have flight plans for Swanage). Most of the codes for the airlines that use the airport are there except for the code share ones. Because of the limited routes that AI can take to and from the terminals you may find ATC using some unusual ways to get aircraft to takeoff and parking positions but on the whole holdups are fairly minimal and most of the traffic gets to where it is routed. Vehicle traffic ways have been improved and extended to minimize interaction with aircraft movements.

I hope you find this AFCAD an improvement but, if not, simply delete it and the default airport will be back.

Activating the Sea Plane Base for the default scenery:

There is no visual representation of the Sea Plane Base but CYVS provides 9 parking docks and CYVU provides 5 near Tofino Airport (just over an hours Beaver flight time away). In a separate folder there are flight plans and instructions to implement float plane AI between the two bases. You may, of course, add your own favorite aircraft/flight plans. If there is a demand I'll look toward providing more Sea Plane Bases in the area.

Deleting the AFCAD's will remove their existence from FSX. There is no default Sea Plane Bases at these locations.

All of the modifications to this airport were made using ADE by Jon Masterson which uses the Microsoft Flight Simulator X SDK.

The archive fsxcyvra.zip has 12 files and directories contained within it. 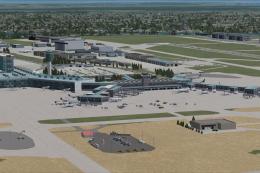 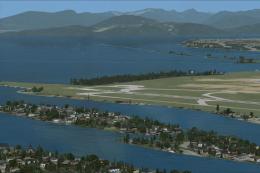 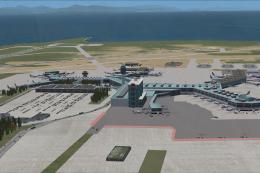 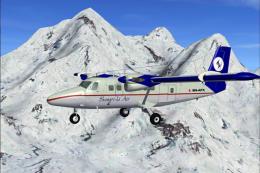 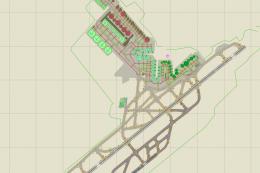 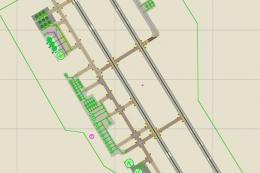