This is an AI aircraft. For the Special Lights to work, you must copy all files from Aircrafts texture Folder to the FS Default Effects folder.

Just drop the "Boeing 727-100 RNAC" folder into your FS2k/4k aircraft folder.Copy all effects to your Effects Folder. Then assign the aircraft to some flightplans and you're on your way.

If you're not sure how to assign an aircraft to a flightplan, please visit our website and look in the FAQ/ Help section.

By default this aircraft is using a reflective model. If you wish to use the optional non-reflective model, you will have to change the line in the aircraft.cfg file that reads: "model= " to "model=NonRef_Model"

This will enable the use of a non-reflective texture, though the texture included with this package does not have a reflective channel, so it will look exactly the same, regardless of which .mdl you are using.

This aircraft was designed specifically for use as an AI aircraft. As such, the primary design criteria were that it look good sitting at the gate, or as seen when landing from an aircraft waiting to take off.

This plane also uses 9 different LOD (levels of detail) models, which means that as the plane gets visually smaller, the model displayed becomes simpler and simpler, thus reducing the drag on your computer.

If you download a GMAX aircraft that is just gorgeous, but really chews up your frame rates when used as AI if several of them appear on the screen at once, the designer probably did not use the LOD feature, so the model is always 20,000 polygons no matter how far away from you it is.

FDE's for AI aircraft are somewhat of a compromise. Dynamics that allow beautiful takeoffs often result in planes that will not land or land very badly. AIA fde's are also designed with traffic flow in mind. This means an AIA aircraft is going to touch down very near the end of the runway and quickly exit to make room for the next aircraft. If you want more "float" on landing, you can adjust the cruise lift, parasite drag and induced drag parameters in the aircraft.cfg file.

The archive b727rnac.zip has 33 files and directories contained within it. 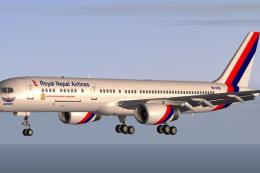 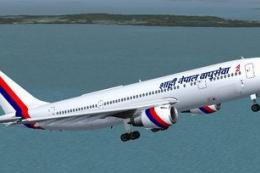 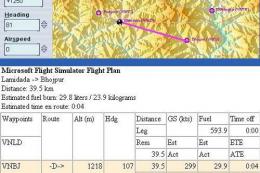 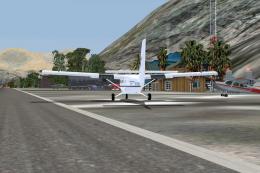 A Normal Day Over Nepal Mission 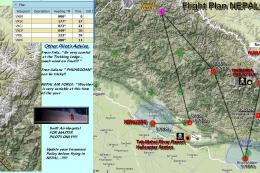 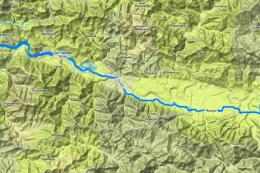 The Mermaid Lake Of Nepal 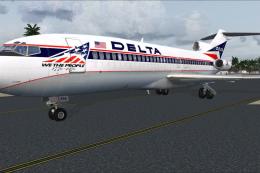 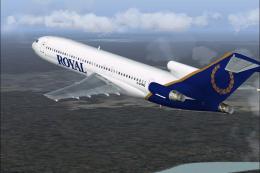