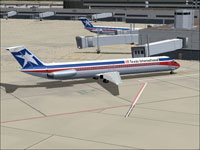 Houston, Texas based Texas International Airlines, Inc. was formed in the early 1940's as Aviation Enterprises and later changed their name to Trans-Texas Airlines or TTa. In 1968 the corporate name was again changed to Texas International to reflect growth into international markets. By the early 1980's, the carrier had major hubs at Houston Intercontinental and Dallas/Ft Worth Regional airports, a system which served cities from coast to coast, from the northeast to the southwest and more markets in Mexico than any other US airline! Expansion in the late 70's saw the formation of New York Air which served the northeast shuttle markets of Boston-New York/Newark-Washington D.C. That carrier later expanded itself to serve cities up and down the Atlantic coast as far south as Florida. A failed attempt in the early 80's to acquire National Airlines yielded a cash windfall enough to give it the buying power it needed to purchase Continental Airlines. All three carriers were later merged, and because it was decided that the Continental name had a broader market appeal, the Texas International brand faded into history.

Texas International fuselage repaint day and night textures for the Aardvark DC-9-50 model. You must have the original base model!

The archive tid95v2.zip has 7 files and directories contained within it. 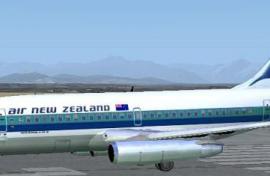