Designed to be added to the CalClassic DC-7B. Livery by Eric Joiner. Aircraft model by Greg Pepper and Tom Gibson. Original VC by Jens Kristensen.

Designed to be added to the CalClassic DC-7B. Livery by Eric Joiner. Aircraft model by Greg Pepper and Tom Gibson. Original VC by Jens Kristensen.

This aircraft in real life has been lovingly restored by the Historical Flight Foundation (HFF). It has recently been approved for flight by the FAA, and should be seen at airshows soon. The FAA had this to say about her:

"The HFF is unique in that its Douglas Aircraft Co. DC-7B aircraft represents the only U.S. based, four engine, passenger prop-liner in operation today. With the advent of jet aircraft, most of the DC-7 aircraft disappeared from commercial airline service by the early 1970s. The majority of the DC-7 were simply scrapped as they were seen as being un-economical to operate. In this unique case, the aircraft being operated by the HFF was still in its original passenger configuration as delivered to Eastern Air Lines in January 1958. Of the 112 DC-7 aircraft produced, this is the only surviving passenger configuration aircraft."

The archive eal_dc7b_n836d_final.zip has 49 files and directories contained within it. 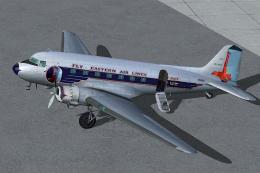 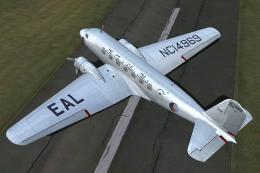 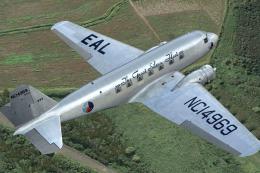 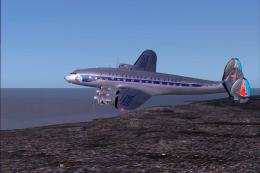 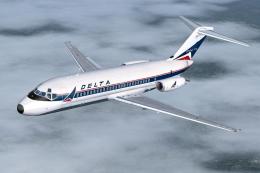 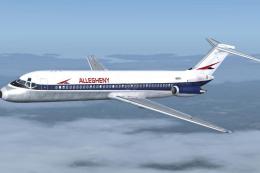 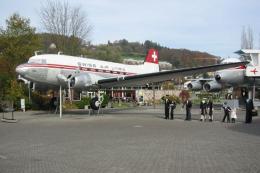 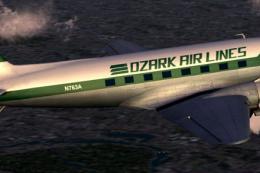 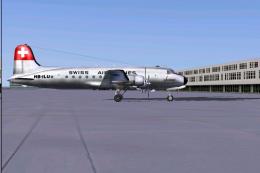